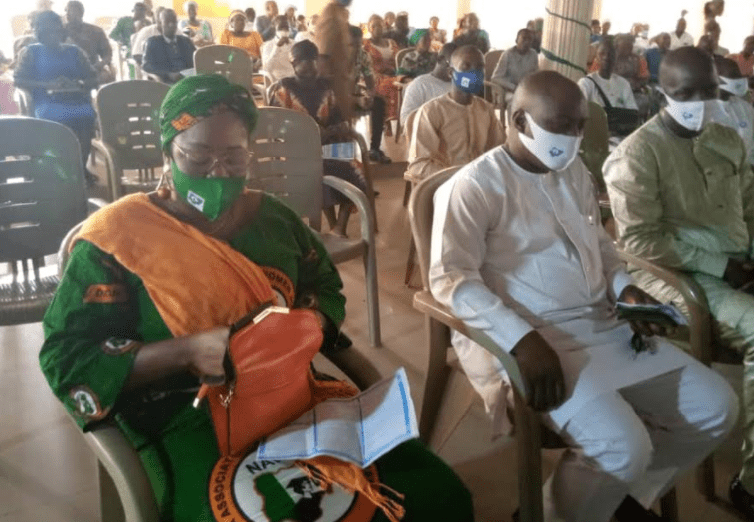 Editorhttps://moneycentral.com.ng
The Nasarawa State Government has tasked journalists to continue to be  patriotic while discharging their duties with the view of ensuring peace, unity and development of the country.
Governor Abdullahi Sule made the call on Sunday in Lafia at a thanksgiving Church service held at Evangelical Reformed Church of Christ (ERCC) Gloryland to mark the 2021 press week by the Nasarawa State Council of Nigeria Union of Journalists (NUJ).
The governor who was represented by his deputy, Emmanuel Akabe, said the importance of journalists to the development of any society cannot be over-emphasised hence the need for them to continue to be patriotic.
The governor said journalists can make or destroy the society, therefore, they cannot afford to be unpatriotic, because doing so would be at the detriment of the society.
He also on behalf of the people and government of the state commended journalists for partnering the government toward ensuring peaceful coexistence.
“Journalists in the state are doing very well by educating the public and keeping the government in check. So far, they usually criticized the government where necessary and offer suggestions on how what was criticized be carry-out,” the governor said.
On his part, Rev. Peter Aya in charge of the Church said every profession including journalism was created by God. He said journalists are critical stakeholders in any society and without them the society will be in confusion.
The man of God however, said that journalists are vulnerable by the nature of their assignment and called on the government and the public to respect all media workers.
Aya therefore urged journalists to do their work diligently and be patriotic so as to ensure the unity, peace and development of the country.
On her part, Juliana Ofuku, Vice Chairman of NUJ in the state who led other members, said the occasion was to appreciate God for his guidance and protection to members in discharging their duties over the years.
The thanksgiving had in attendance, Commissioner of Information, Culture and Tourism, Head of Service as well as media practitioners including heads of media establishments in the state.
Share
Facebook
Twitter
Pinterest
WhatsApp
Previous articleBuhari Condemns Attack on Ortom, Orders Transparent Investigation
Next articleGov Sanwo-Olu thanks Dangote, Excited over Refinery, Fertiliser Progress, Impact
- Advertisement -

No State Has Approval For Automatic Weapons – Presidency