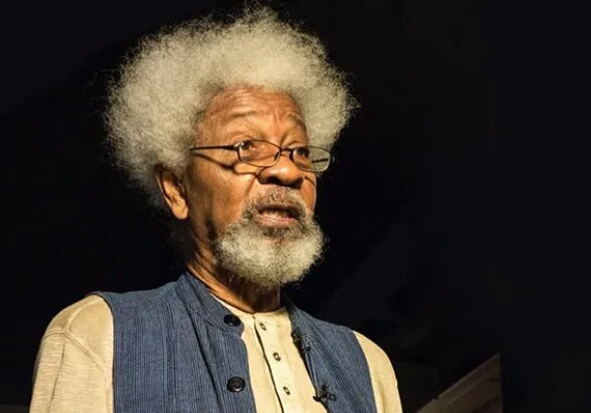 Some Nigerians have expressed different views over calls for Nobel Laureate, Prof. Wole Soyinka, to lead a fresh protest against the purported increase in the price of petroleum in the country.

Though the Federal Government had apologised and debunked plans to increase fuel price “for now”, some Nigerians on Twitter complained that Soyinka should have at least spoken strongly against the FG’s plan.

Some of them recalled Soyinka describing former President Goodluck Jonathan as being worse than Nebuchadnezzar.

Money Central had reported that the Petroleum Products Pricing Regulatory Agency revealed in a new monthly template that the price of Premium Motor Spirit, also known as petrol, has reached N212.6 per litre.

Many Nigerians also doubted the Nigerian National Petroleum Corporation’s insistence that there won’t be any hike in petrol price in March.

While some of the Nigerians argued that Soyinka could have repeated his action during fuel subsidy removal during Jonathan’s regime, others noted that he was too old to embark on a protest.

One of those who expected the 86-year-old professor to lead a protest, @ejirogh3ne, said, “Defending Wole Soyinka after the show he put up in 2015 is wrong. If you claim he’s older now and can’t lead a protest, he can as well do a press conference from the comfort of his home. He did that with Jonathan.”

“Our Daddy Wole Soyinka must talk. He did it for GEJ. We are waiting for you, sir,” @AdefehinOladeji tweeted.

@iam_Kingbuchi said, “Wole Soyinka saw how terrible Buhari’s government was from 1983-1985 and he still campaigned for him. This argument this morning is vexing me already. If he feels he can’t come out to talk, let him invite the press to his house.”

@Akewusolaf1 added, “With Wole Soyinka’s voice, many of our parents voted for Buhari in 2015. Most especially, those who listen to ‘Koko inu iwe iroyin’ on Bond FM. That’s how strong his voice is. Replicating such energy now solely depends on him though. Regardless of his age.”

@SalauRaheem5 wondered how “Wole Soyinka was 80 when he protested in 2015 and his energy suddenly lost within six years.”

Reacting, other Nigerians said Soyinka has paid his dues in calling for good governance in Nigeria.

“Wole Soyinka was 80 years old. But then, he made his choice, just like everyone else. I honestly think we should move on!”

“Wole Soyinka has paid his dues and at 86 years of age, he should never venture into any protest again. Period! He is speaking against this bad governance the way he was doing during Jonathan.

He cannot come out to protest as he did at that time due to his age,” @JessicaOgwater added.

@gospel_Rx called on youths in the country to take on the fight against bad governance from where Soyinka stopped.

“I will never ask Wole Soyinka to come out to protest, that would be disrespectful to an 86 years old granddad.

“I will only keep urging him as a top voice in the world to keep talking and drawing attention to the problems in the country. It behooves on us the youths to fight,” the tweep added.

@emmyjonny recalled that “Wole Soyinka already made it clear that he will no longer comment on @MBuhari’s administration for the sake of his own sanity.”

“Soyinka is an old man now, and honestly; the baton has fallen on you and me to continue from where he stopped!!” @firstladyship noted.