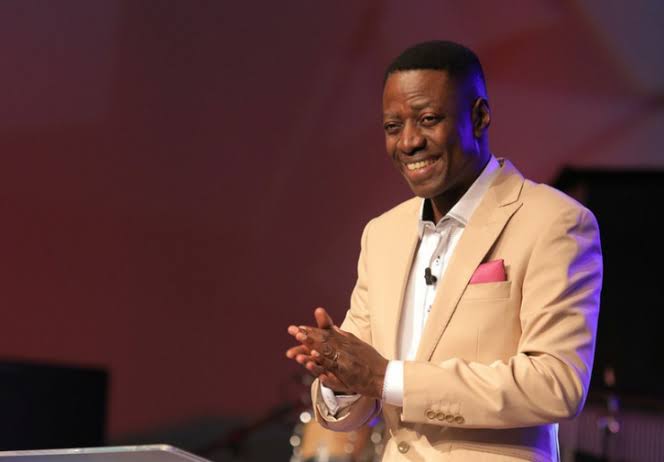 According to ThisDay, the youth-friendly Pastor had fled due to attempts to convict him for supporting the youths that took part in the #EndSARS protest.

Recall, Adeyemi during  the #EndSARS movement in 2020, offered support and was a strong voice to reckon with for the youths at the time, but sadly, his support allegedly cost him more than he’d admit after certain individuals attempted to have the Pastor and others thrown to jail for his support for the October 2020 protest.

For safety reasons, the pastor and his family are no longer in Nigeria but in the United States, it was gathered.

Reacting to the development, Nigerians have voiced their opinion, while some condemned the action, others supported it.

One novieverest wrote; “If I were to be Pastor Sam Adeyemi, I will relocate too. The young people he has spent years fighting for have refused to grow up. They get worse instead.”

One Imudia_se2 wrote; “Pastor Sam Adeyemi has d right to relocate & right to stay just like you, if u’re fuming to his decision base on ur unreasonable setting & judgment then u’re the problem and not d pastor. I relocated to America and I believe Nigeria will be great, do you have a problem with that?”

One itsTundexyfied wrote; “So cos pastor sam adeyemi is a servant of God, he shudnt leave the country when he had the opportunity? How Una dey think sef? Of what good will it do to y’all if he leaves himself to suffer when he has money and good church members? Abi Na another thing Una read of bible?”

One DavidOl57450723 wrote; ”Pastor Rev.Sam Adeyemi who always prophesied and inspire his members that Nigeria will be better has finally relocated to United States.”

One konis_v wrote; ”Heard on this App that Pastor Sam Adeyemi don japa … wow ,Doctors and co running away from the country and now a Pastor.”