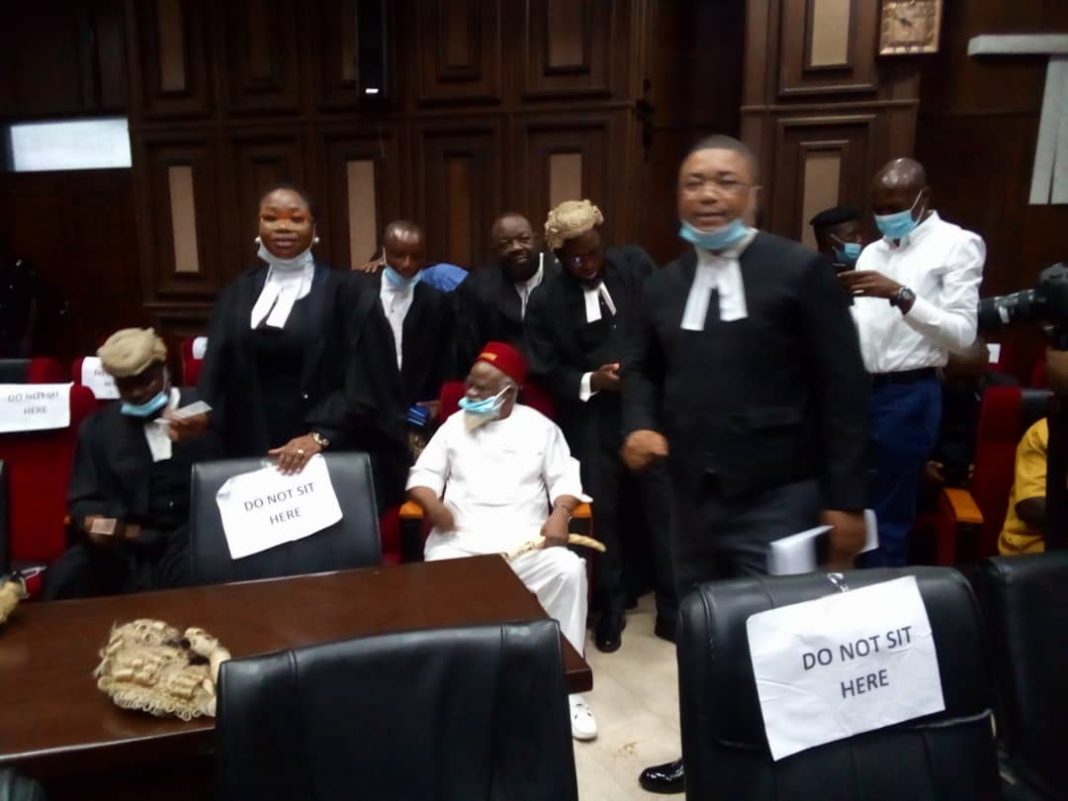 The trial of Nnamdi Kanu, the leader of the proscribed Indigenous People of Biafra (IPOB), on charges of treasonable felony, will resume today, Monday, at the Federal High Court in Abuja, four years after it was stalled due to his disappearance from the country.

The separatist, who was granted bail in April 2017, fled the country after the invasion of his home in Afara-Ukwu, near Umuahia, Abia State, by the military in September.

The judge, Binta Nyako, subsequently revoked his bail for ditching his trial.

Nyako also ordered his trial to be separated from the rest of the co-defensants’.

While the trial of the rest of the defendants has made some progress, Mr Kanu’s has been stalled since 2017.

On June 29, 2021, the Attorney-General of the Federation, Abubakar Malami, announced that Kanu had been rearrested and brought back to Nigeria to continue facing his trial.

He said the IPOB leader was “intercepted” days earlier but did not disclose which country and how the operation was carried out.

Although there has been no official disclosure about where and how Mr Kanu was arrested, relatives and lawyers of the IPOB leader, have described how he was taken into custody in Kenya under controversial circumstances.

On the day the AGF announced his arrest, Mr Kanu was produced in court.

The judge, during the proceedings, ordered his remand in the custody of the State Securtiy Service (SSS).

She then adjourned the trial till today, July 26.

In another development, it was learnt that the officials of the Department of the State Services, DSS, have refused some lawyers, Journalists and fans entrance to the court room, where the hearing is taking place.

Reacting to today’s hearing, the Coordinator of Igbo Lawyers all over the world, alleged that he came from Aba, Abia state and was denied access to the court room.

Other lawyers who spoke with reporters, also condemned the inaccessibility of the courtroom and doubted if the hearing would be fair on Kanu. 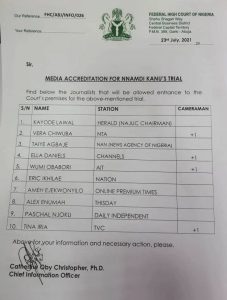