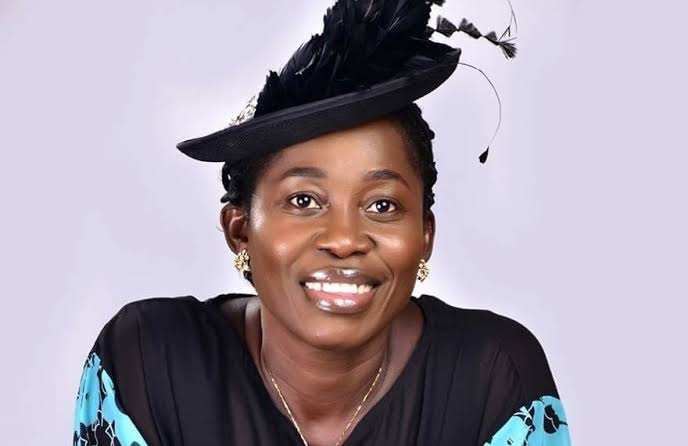 Famous Nigerian gospel musician Osinachi Nwachukwu’s passing on Friday, which shocked many, has sparked controversies with new claims made about her marriage.

The singer, who shot into the limelight with the hit “Ekwueme“, which has been watched 72 million times on YouTube, died in an Abuja hospital.

She was a lead singer at the Dunamis International Gospel Centre. She was featured in several popular gospel songs like “Nara Ekele” by Pastor Paul Enenche (Dunamis, Abuja) and “You no dey use me play” by Emma.

Her family and husband, Peter Nwachukwu, who doubled as her manager, are yet to issue a statement.

However, close friends and associates have suggested that her violent union led to her untimely death.

On Saturday, her colleague, Frank Edwards, alleged that the late singer had an abusive husband, who regularly brutalised her before she died.

Mr Edwards made the remarks in an Instagram live video.

Recounting an encounter with the singer, he said, “One time in a studio, this man slapped her in the studio just because she wanted to record the song in Igbo against his will. She does not do anything on her own.”

“She would say, please beg my husband. She was at his mercy. I didn’t know the intensity of what she was going through; I didn’t know how somebody would be jealous of their wife or claim to love.

“There are a lot of stories where people told her this and that, but what I know was that the control was too much. The other time somebody wanted me to get her for an event, and I contacted her, but she said ‘beg my husband.”

The singer also alleged that the late singer’s husband was controlling and would take the money she made from events. He, however, said the singer was secretive about what she was going through in her marriage.

“She couldn’t even tell people what she was going through. I only got to know because Aunty Joy contacted me to promote her song. That was when I got a glimpse into what was happening,” he said.

“People have tried to invite her for their programmes, but she will keep telling them that they must beg my husband first,” he said.

Further narrating his experiences about the late singer’s marital hurdle with her husband, he said a former Managing Director of the Niger Delta Development Commission, NDDC, Joy Nunieh, once gifted the singer a studio in Abuja. Still, her husband never allowed her to use the studio simply because it was built without his permission.

Crying out for Justice, Edward said he would go all out on social media for the first time in his career until justice was served.

“I have never had any reason to have a court case with anyone because I am a child of God, but you see this case, it won’t just go like that because she was a blessing to the world.

“I usually don’t get involved in things like this, I keep my family and personal stuff off social media, but this one hurt me,” he said.

He also said Mrs Nunieh, a lawyer, has promised to take up legal action against Mr Nwanchukwu.

He said: “My advice is even if you are not a wife, if you are being physically abused, go back to your parent’s house.”

“I am not a married man, but I cannot advise anyone to stay where they have been physically abused. You might not get a divorce immediately. Just leave to save your life.”