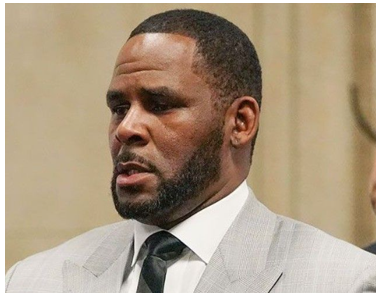 After several delays, R. Kelly is set to be sentenced in U.S. District Court in Brooklyn on Wednesday in a hearing that is expected to include emotional testimony from some of his victims and reveal disturbing new details about Kelly’s own troubled upbringing in Chicago, where he rose from busking at “L” stations to international superstar.

Federal prosecutors have asked U.S. District Judge Ann Donnelly to sentence Kelly to more than 25 years in prison, saying his racketeering conviction was part of a “long and pervasive history of enticing children to engage in sexual activity.”

“He lured young girls and boys into his orbit, often through empty or conditioned promises of assistance in developing a career in the entertainment industry or simply by playing into the minors’ understandable desire to meet and spend time with a popular celebrity,” prosecutors wrote.

Kelly’s lawyer, meanwhile, has asked for the mandatory minimum 10-year prison term in a court filing that so far has been kept from public view.

Attorney Jennifer Bonjean, who took over as Kelly’s counsel after his conviction, told the Tribune she filed the document under seal because it contained sensitive information about Kelly’s past — including sexual abuse he allegedly endured as a child — as well as details that could “implicate others” in wrongdoing. More details are expected to be revealed in court this week.

Prosecutors filed their response to the defense’s sentencing memo under seal, explaining that they did so because Bonjean filed hers that way, according to court records. Donnelly has ordered both sides to file paperwork by Sunday evening addressing whether they believe Kelly’s sentencing submission should be kept private.

Bonjean, who intends to challenge the conviction on appeal, said the judge’s role is to fashion a sentence “based on not just retribution, but based on rehabilitation and reasonableness.”

“This mob-justice mentality is not the way to go,” she said. “It’s not good for society and it doesn’t take into account the human being. … No matter how angry people are, R. Kelly is a human being.”

Regardless of the outcome, the legal woes for the Grammy-winning singer, whose hits include 1996′s “I Believe I Can Fly,” will not be over even with his sentencing.

While there has been no indication in court that plea negotiations on the other cases are in progress, a last-minute deal that would avert further trials is always a possibility. The odds of that outcome would only increase if Kelly receives a long sentence Wednesday.