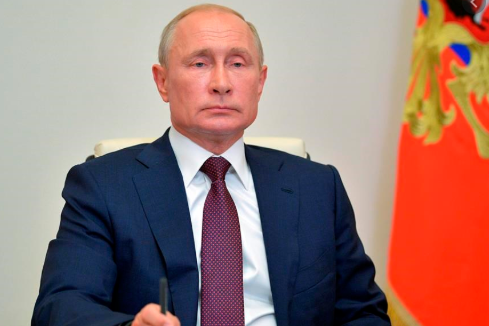 President Vladimir Putin said Russia has registered its first Covid-19 vaccine, calling it an effective protection against the deadly pathogen, and disclosed that one of his own daughters had already received it.

“As far as I know, this morning the first vaccine against the novel conoravirus infection in the world was registered,” Putin said Tuesday at a televised government meeting.

The vaccine, which is being developed by Moscow’s Gamaleya Institute and the Russian Direct Investment Fund, began Phase 3 trials last week.

Medics could begin receiving the vaccine by the end of the month, Deputy Prime Minister Tatyana Golikova said at the meeting.

Russia has nearly 900,000 people diagnosed with Covid-19, the fourth-most confirmed cases in the world. It had over 27,000 coronavirus-related deaths in the second quarter, according to Federal Statistics Service data