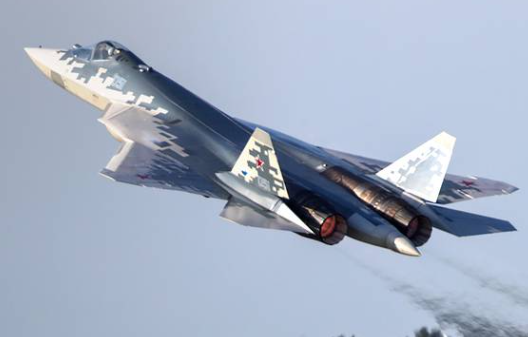 An upgraded communications suite for the Su-57 fifth-generation fighter jet will be tested in the fall of this year, the Ruselectronics Group within the state tech corporation Rostec told TASS on Thursday.

“Prototypes of the upgraded communications system are at the stage of their manufacture and their tests are scheduled for the middle of the fall, in particular, on the Su-57 aircraft,” the company said.

The communications suite for the Russian fifth-generation fighter is being modernized by the Polyot Research and Production Enterprise within the Ruselectronics Group.

The Sukhoi Su-57 is a Russian-made fifth-generation multirole fighter designated to destroy all types of air, ground and naval targets.

The Su-57 fighter jet features stealth technology with the broad use of composite materials, is capable of reaching a supersonic cruising speed and is furnished with the most advanced onboard radio-electronic equipment, including a powerful onboard computer (the so-called electronic second pilot), the radar system spread across its body and some other innovations, in particular, armament placed inside its fuselage.

Russia’s Aerospace Force will receive 22 Su-57 fighters by late 2024 and their number will increase to 76 by 2028. The first Su-57 fighter was delivered to the Russian troops in 2020.
Share
Facebook
Twitter
Pinterest
WhatsApp
Previous articleNCAA Suspends Dana Air Operations with Immediate Effect
Next articleBiden Tests Positive for Covid-19
- Advertisement -