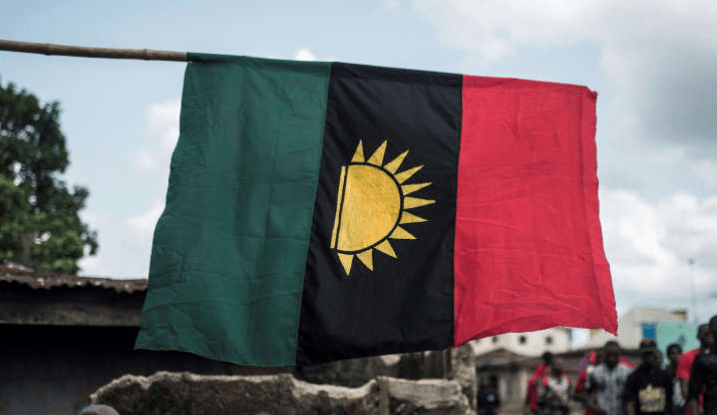 The five South-east states of Abia, Anambra, Ebonyi, Enugu and Imo, were shut down yesterday following the residents’ compliance with the sit-at-home order by the Indigenous People of Biafra (IPOB).

The annual sit-at-home order, according to IPOB, is to honour fallen heroes of the Biafra in the 30-month civil war with Nigeria and those killed by security forces in the ongoing crackdown on separatist agitators.

Despite the assurance by the police that they would provide security for the people to go about their normal business, residents of the geopolitical zone, scared by possibility of violent attacks on defiant ones, kept indoors.

Streets were devoid of human and vehicular movements; markets, schools as well as banks were shut.

Not even threats of sanction from state governments could make civil servants to report for duty as government offices in the five states were also closed.

However, a gun duel between the police and IPOB fighters within Ebebe junction in Abakaliki, the Ebonyi State capital, reportedly claimed five lives.

In Anambra State, there was total compliance with the sit-at-home order as streets around Awka, the state capital, were totally deserted at 7:30 am.

There was also heavy deployment of a combined team of security personnel who moved round the town to ensure that no one was molested.

The Anambra State Police Command had on Sunday assured the residents that it would ensure that those who were willing to come out to carry out their businesses would not be molested.
Major markets in the state, including Onitsha Main Market, Eke Awka Market and Nkwo Nnewi Market were shut down as at the time of filing this report.

But no incident of violence was registered in the state as a result of the exercise.

There was also total compliance in Ebonyi State as schools, banks, markets, motor parks, government offices and other public places were shut. There were also no human and vehicular movements within Abakaliki, the capital city.

All the streets were also deserted with heavy presence of security agencies and operatives of Ebubeagu at some designated junctions.

Violence, resulting in sporadic gunshots and destruction of property, were witnessed in some parts of Ebonyi State.

While the Commissioner of Police, Mr. Aliyu Garba, confirmed that some of the suspected agitators were arrested, there was no official report on the alleged death of a policeman and four IPOB members.

However, a source at the Alex Ekwueme Federal Teaching Hospital, Abakaliki, said the police brought in about four corpses to the morgue.

Empty streets, deserted roads, closed shops and business premises characterised the observance of the Biafra Day in Umuahia, the Abia State capital and Aba, the commercial nerve centre of the state.

Residents of the two major Abia cities fully complied with the sit-at-home order.
The city centre of Umuahia was devoid of its usual bustling commercial activities as people remained in indoors.

Commercial transporters also withdrew their vehicles, while private vehicles deserted the roads.
Government institutions were also affected by the sit-at-home directive as schools and government offices did not open.

Banks and other corporate businesses equally shut their gates.
As at the time of filing this report, there was no presence of the police and other security agencies patrolling the streets in Umuahia.

The separatist agitators also comported themselves peacefully while marking the Biafra Day as there was no street parade, which usually attracted heavy response from security agencies as happened on previous occasions.

Kanu had while giving directives on the observance of this year’s Biafra Day strictly warned against any street protest, saying that people should stay indoors and mourn the fallen heroes.

As early as 8am yesterday, major markets within the Enugu metropolis, including Abakpa, New Haven, Garki, and Holy Ghost were shut.

Markets in Nsukka areas were also empty.
Motor parks and other commercial places were equally deserted.
Streets that were usually filled with people were empty even as there were no vehicular movements.
Police patrol vans were seen around Okpara Avenue, adjacent to the Central Bank of Nigeria (CBN) office, Enugu.

The Enugu State Police Command had on Sunday, urged the residents of the state to disregard the order, warning that anybody or group harbouring any sinister intentions would be dealt with.

In a statement made available to journalists by the Police Public Relations Officer, Enugu State Command, Daniel Ndukwe, an Assistant Superintendent of Police, the Commissioner of Police, Mr. Mohammed Ndatsu Aliyu, had enjoined residents of the state to remain law-abiding, vigilant, as they went about their legitimate businesses.

The order also recorded 100 per cent compliance in Imo State.
Previous directives to mark the declaration of Biafra did not record the level of compliance observed in the state yesterday.

Analysts, however, attributed the total compliance this year to the heightened insecurity in the state.
The murder of a top chieftain of the ruling All Progressives Congress (APC) and former political adviser to ex-President Goodluck Jonathan, Hon. Ahmed Gulak, on Sunday morning had heightened the fears of Imo residents and forced them to stay indoors.

All the major streets in the state capital and every entry and exit points to and from the state were empty as motorists and travellers avoided passing through the state. The ever-busy Wetheral Road, Douglas Road, Royce Road, Okigwe Road, Orlu Road, Onitsha Road, Port Harcourt Road and Aba Road were all empty.

However, security agents were alleged to have used the occasion of sit-at-home order to raid some of the hostels and lodges of students of Imo State University, Owerri (IMSU) to arrest some of them.

A tweet from one of the student leaders had alerted the public to the arrest.

Efforts to speak with the state Police Public Relations Officer, Bala Elkana, a Superintendent of Police, proved abortive as he did not answer calls placed to his phone.

Shedding light on why there was total compliance with the sit-at-home order, spokesman of the pan-Igbo sociopolitical organisation, Ohanaeze Ndigbo, said from his residence in Enugu that every Igbo person felt the sense of injustice against the Igbo in Nigeria and was a willing participant in the sit-at-home protest to register their displeasure.

He said: “Even the governors of the South-east states know what is happening. It is a simple way of showing that the marginalisation of the Igbo is becoming unbearable. We are hoping the presidency will address some of these concerns. If for instance, an Igbo man is announced as the Inspector General of Police or Chief of Army Staff, the people will jubilate. If there is a consensus to cede the presidency to the South-east in 2023, all these agitations will die naturally. You can’t continue to oppress a people who are very hardworking and contribute so much to the development of the country and expect them to celebrate their subjugation.”

Also, President of Igbo Youth Movement, Elliot Ugochukwu-Uko, said the refusal of the federal government to discuss with the agitators had strengthened their resolve to press home their demands.

He added: “The strange policy to only shoot and destroy the agitators without ever inviting them to present their position has convinced the people of this region that they are in a hostile political jail. The world over and all through history when between 5,000 and 10,000 people agitate about a situation the government of the land invites them to present their grievance. Nigeria is the only country where hundreds of thousands of people have been protesting over a particular situation in the last 21 years and the government continues to refuse to listen to them. Instead, thousands of them have been killed in cold blood.”