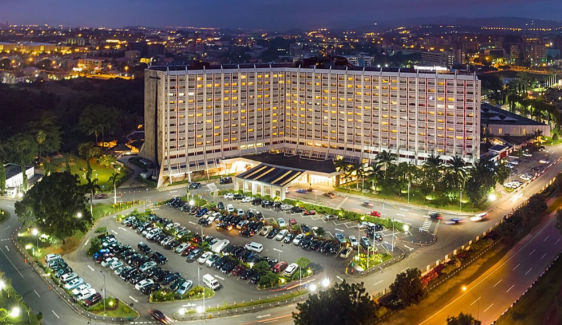 Shareholders of Transcorp Hotels are planning a N10 billion rights issue as the company moves to shore up its finances as the closure of hotels, restaurants and bars have plunged it into a loss position.

Transcorp hotels, parent company of the iconic Transcorp Abuja, and Transcorp Hotel Calabar, said in a statement posted on the website of the Nigerian Stock Exchange (NSE) on Monday that given the challenging operating environment it operates, it is imperative to inject funding into the business for a stronger balance sheet.

Experts say the fund raising is crucial as it will give the company the leeway to react to liquidity crisis caused by lockdown policy imposed policy by government so as to curb the spread of the coronavirus pandemic that has ravaged economies across the globe.

Before the coronavirus outbreak from Wuhang City in China, operators in the hospitality industry had been reeling from a protracted economic downturn.

Political instability, a weak consumer spending, and lack of transformation policy on the part of government have kept foreign investors watching from the sidelines.

Transcorp Hotels recorded a loss after tax of N686.53 billion in the first quarter of 2020, from a profit position of N296.81 million the previous year.

The lackluster performance was largely due to spiraling interest expense as revenues were weak, while hall rentals slumped since there were no events due to lockdown confinements.

It has total debt (Long and short term) of N33.07 billion outstanding its balance sheet as at March 2020, which represents a 1.70 percent increase from N32.32 billon incurred last year.

“This approval and endorsement of shareholders empowers the Board and management to look to the future with confidence despite the current harsh operating environment,” said Emmanuel Nnorom, Chairman of Transcorp Hotels Plc.

The International Monetary Fund (IMF) has projected that Nigeria is heading to a recession, its worst recession in three decades, as it expects the nation’s economy to recede by 3.4 percent in 2020.