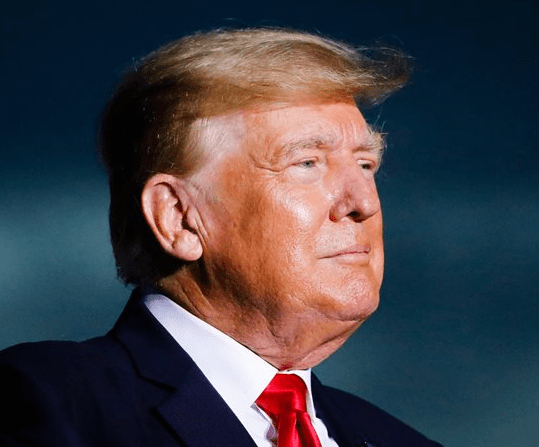 Former President Donald Trump filed an emergency request Tuesday asking the Supreme Court to intervene in the case involving classified records he kept at Mar-a-Lago after he left office.

In doing so, Trump’s attorneys asked the court to vacate part of a ruling issued Sept. 21 by the 11th U.S. Circuit Court of Appeals, which said the Justice Department could resume using classified documents taken from Mar-a-Lago in its criminal investigation.

“This unwarranted stay should be vacated as it impairs substantially the ongoing, time-sensitive work of the Special Master,” Trump’s lawyers wrote in the filing Tuesday. “Moreover, any limit on the comprehensive and transparent review of materials seized in the extraordinary raid of a President’s home erodes public confidence in our system of justice.”

The unanimous ruling last month by the three-judge panel, the former president’s lawyers said, effectively compromised “the integrity of the well-established policy against piecemeal appellate review” and ignored “the District Court’s broad discretion without justification.”

The Supreme Court asked the Justice Department on Tuesday to file a response to Trump’s request by Oct. 11 at 5 p.m. The court won’t act before it receives that response, meaning the lower court ruling remains in place for now.

To get what he wants, Trump would need five justices to agree with him. Although the court has a 6-3 conservative majority, including three justices he appointed, Trump hasn’t fared well in other such emergency applications, including his attempt to prevent White House documents from being handed over to the House committee investigating the Jan. 6, 2021, attack on the U.S. Capitol and his bid to avoid disclosure of his financial records to prosecutors in New York.