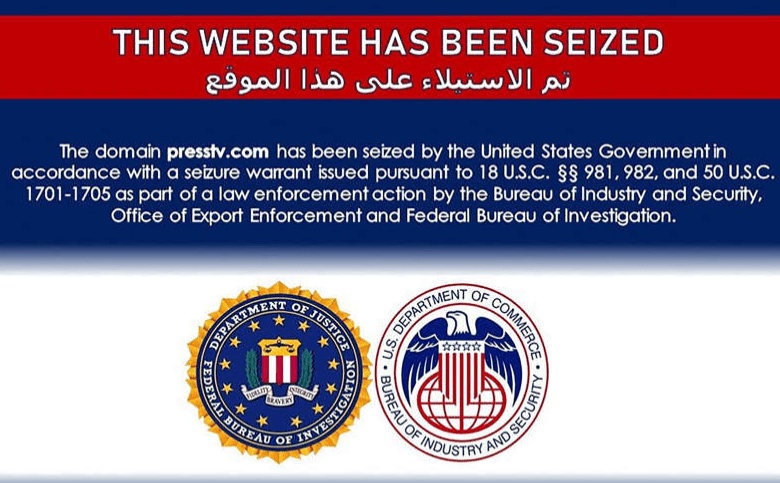 The U.S. Justice Department moved Tuesday to seize more than 30 Web domains linked to Iranian state media, as American officials continued their efforts to counter what they say is Iranian propaganda at a time of simmering tensions between the two countries.

A number of the domains, including some used by English-language Press TV, an Iranian state-owned news channel, posted notices Tuesday indicating they had been taken down by U.S. authorities.

The websites for Al-Alam TV, another Iran-owned news channel that broadcasts in Arabic, and the website for Al-Masirah, a Beirut-based outlet that serves as a mouthpiece for an Iranian-allied rebel group in Yemen, posted similar notices.

The move by the Justice Department came during delicate negotiations between Iran and the United States to revive a 2015 nuclear deal, and a day after Iran’s new president-elect, Ebrahim Raisi, took a hard line toward the U.S., ruling out the possibility of meeting with President Biden and declaring he would not negotiate over his country’s ballistic missile program.

Iran’s government had no immediate response to the U.S. action.

The websites were targeted for distributing propaganda, according to a person familiar with the matter, who spoke on the condition of anonymity because corresponding court documents detailing the U.S. government’s action had not been made public yet.

Press TV and Al-Alam are owned by the official Islamic Republic of Iran Broadcasting, or IRIB, and carry content that often reflects the views of more hard-line factions in Iran’s leadership.

In recent weeks, Press TV has reported extensively on nuclear negotiations between Iran and world powers in Vienna and aired several exclusive interviews with Tehran’s lead negotiator in the talks.

The site, which remained accessible from some places Tuesday, carried a breaking news story calling the seizures “a coordinated action.”

The news service, which often criticizes American foreign policy, “has repeatedly fallen victim to censorship on multiple fronts, including Twitter and Instagram besides Google and its services,” the story said.

Al-Alam, which was also partly accessible, ran a brief item saying its website had been blocked, a move the channel called contrary to “freedom of opinion.”

Last year, federal prosecutors in the United States seized more than 100 domain names that officials said were unlawfully used by Iran’s government to engage in a “global disinformation campaign.”

Those sites, U.S. officials said, also violated U.S. sanctions against both the Iranian government and the IRGC.