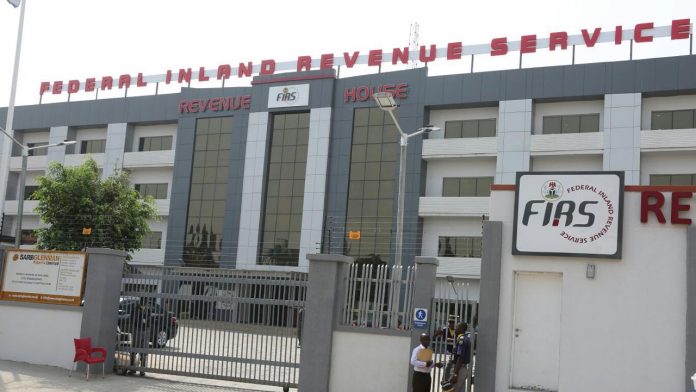 If the judgement of the Federal High Court asking states government to collect Value Added Tax in their domain is upheld by the Appeal Court, the Federal Inland Revenue Service will lose about N92bn which it is expected to earn as cost of collection.

The law setting up the FIRS allows the agency to a percentage, as determined by the National Assembly, as its cost of revenue collection from non-oil taxes before remitting same into the federation account.

A report on FIRS official website revealed that the service collects four per cent as cost of collection for non-oil revenue collected.

The FIRS is one of the agencies of the government that generates revenue for sharing by the three tiers of government.

Others are the Nigeria Customs Service and the Nigerian National Petroleum Corporation.

The highest source of revenue for the FIRS is Petroleum Tax followed by VAT. Others include Stamp Duty, Company Income Tax.

In the 2018 fiscal year, the service got N114.1bn as the cost of revenue collection out of the N5.32tn actual revenue it generated for that year.

According to documents obtained from the Budget Office, the FIRS received an estimate of N112bn and N121bn as cost of revenue collected in 2019 and 2020 respectively.

With a projected VAT pool of N1.3tn in 2021, the FIRS is expected to earn N68bn in the 2021 fiscal period based on the cost of collection rule.

Based on the Medium-Term Expenditure Framework/Fiscal Strategy Paper 2022-2024, the Federal Government is proposing to generate the sum of N2.3trn from VAT in 2022.

With the FIRS entitled to four per cent as cost of collection, it implies that the service is expected to earn N92bn in 2022 as cost of revenue collection.

A Federal High Court sitting in Port Harcourt, Rivers State, had dismissed an application by the Federal Inland Revenue Service, FIRS, seeking to stop the state governments from commencing collection of Value Added Tax, in the state.

Already, the dispute between the FIRS and Rivers State over the collection of VAT has inspired some more states such as Lagos, Ogun and Akwa Ibom, to enact laws that will enable them to collect the tax in their states.

It was learnt that stripping the FIRS of the power to collect VAT would reduce the commission the agency will be receiving.

Speaking on the implication of the judgement, the Group Lead, Special Operations Group, FIRS, Mathew Gbonjubola, stated that there was nowhere in the world where the administration of VAT was done at the subnational level.

He said that contrary to misconceptions in some quarters, the FIRS administered VAT on behalf of the three tiers of government and not for the Federal Government alone.

According to him, the revenue from VAT is administered under an arrangement that allows the Federal Government to collect 15 per cent, states 50 per cent and Local Governments 35 per cent.

The implication of this, according to him, is that the state and local governments take about 85 per cent of VAT proceeds.

Meanwhile, the two chambers of the National Assembly may not debate the controversial issues of the VAT Stamp Duty on resumption today, one of our correspondents learnt.

The Executive Chairman of the Federal Inland Revenue Service, Muhammad Nami, had penultimate week, told the Senate Joint Committees working on the Medium Term Expenditure Framework and Fiscal Strategy Paper, that the agency would soon approach the nation’s legislature with a bill to amend the Finance Act 2021.

The amendment, according to Nami, will centre basically on the issue of Stamp Duty and how to drag those transacting businesses on the social media to the tax net.