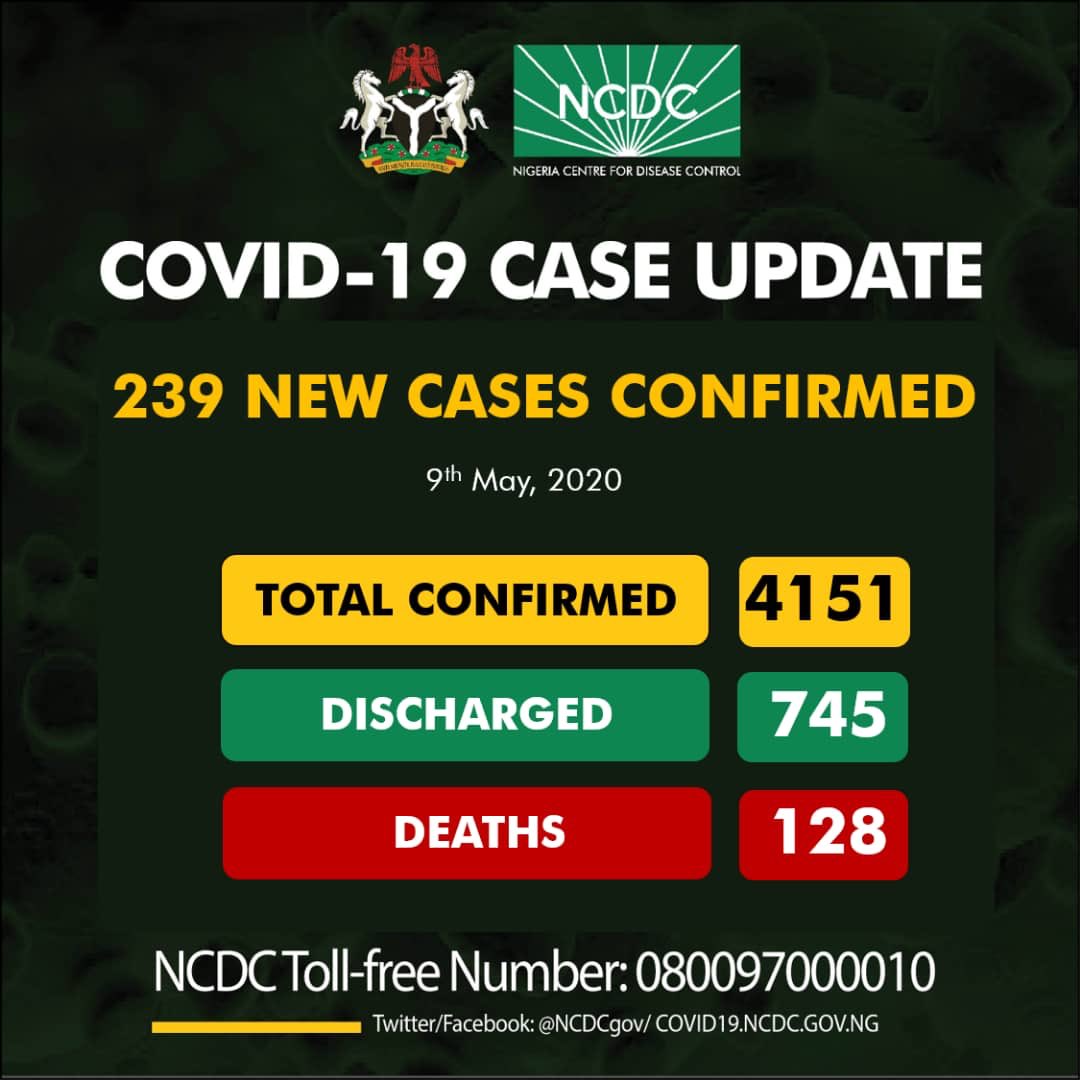 Nigeria, on Thursday, recorded 239 new cases of the dreaded Coronavirus.

With the latest update, the total tally of infected people in the country rose to 4,151 from 3,912 reported on Friday evening.

All the reporting states already had at least a case of the virus.

As of the time of reporting, 34 states and the FCT have recorded at least a case of the disease.

There was a decrease in the number of infections reported on Saturday compared to 386 reported on Friday.

According to the data made available by the NCDC, 66 cases were discharged and 11 deaths were recorded in Nigeria.

Lagos State still remains the epicentre for the disease in the country.

Nigeria has so far tested 23,835 persons since the beginning of the pandemic in the country.

A breakdown of all the confirmed cases so far shows that 4,151 infections have been reported in Nigeria since the index case in February. Of that number, 3,278 cases are still active, 745 have recovered and have been discharged, and 128 deaths have been reported.

Since the government eased the lockdown on Monday, there have been reports of Nigerians flouting safety guidelines put in place by the government to combat the spread of the disease.

Below is a breakdown of the total cases in Nigeria;