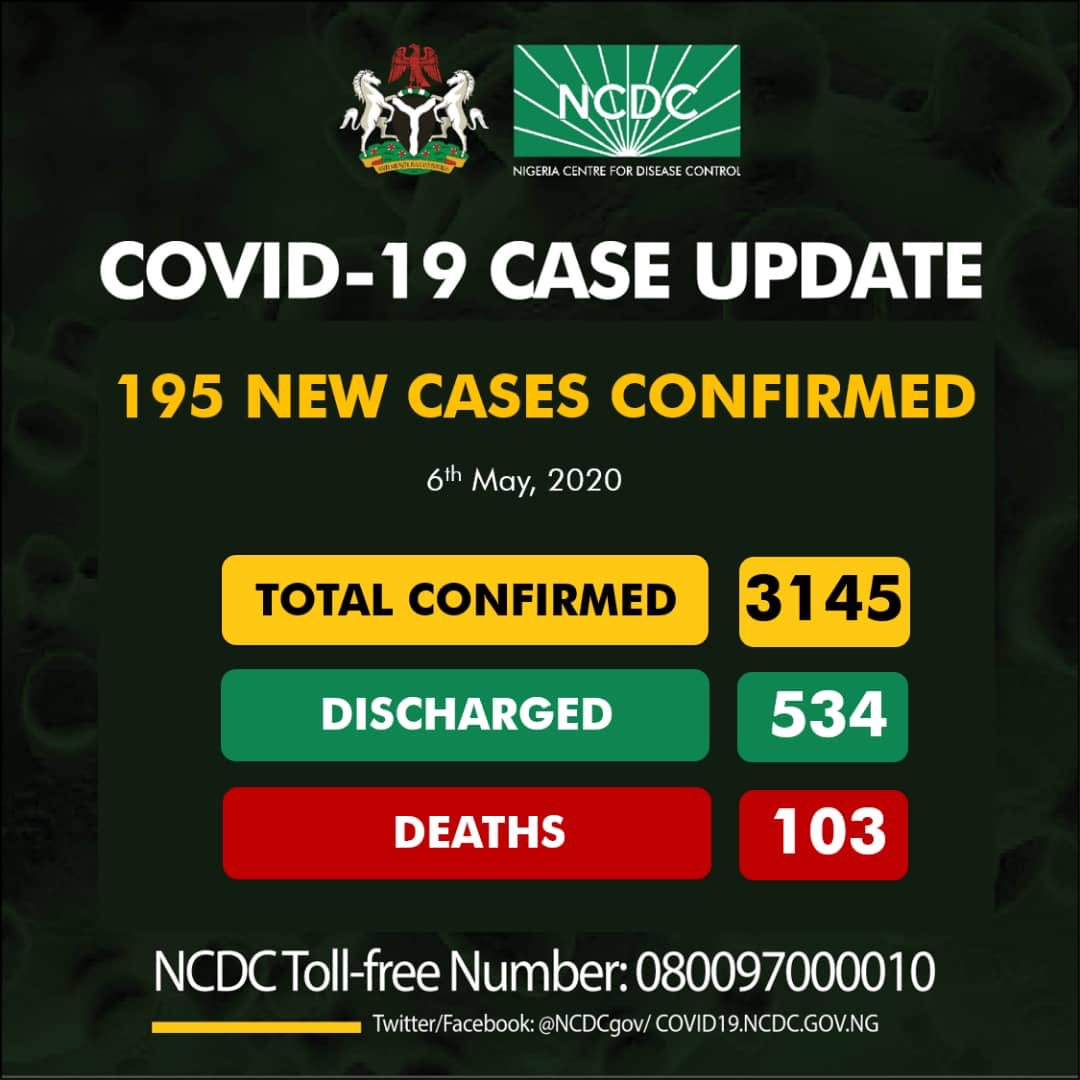 The federal government Wednesday lamented, for the second time since Monday’s easing of the lockdown of the Federal Capital Territory (FCT), Lagos and Ogun states, the refusal of citizens to comply with its guidelines on steps to curb the spread of COVID-19. It noted that Nigerians were yet to come to terms with the deadly nature of the virus, it warned that there were great dangers ahead as the disease might spread exponentially with the attendant potential to overwhelm the public health system. Nigeria recorded 195 new cases Wednesday, bringing to 3,145 the total number of confirmed cases in the country. In an update last night, the Nigeria Centre for Disease Control (NCDC) said Lagos recorded 82 new cases, Kano 30, Zamfara 19, Sokoto 18, Borno 10, Federal Capital Territory (FCT) nine, Oyo eight, Kebbi and Gombe five each, Ogun four, Katsina three, while Kaduna and Adamawa have one each. “So far, 3,145 confirmed cases of COVID-19 are in Nigeria,” it said, adding: “534 persons have been discharged, while 103 have died