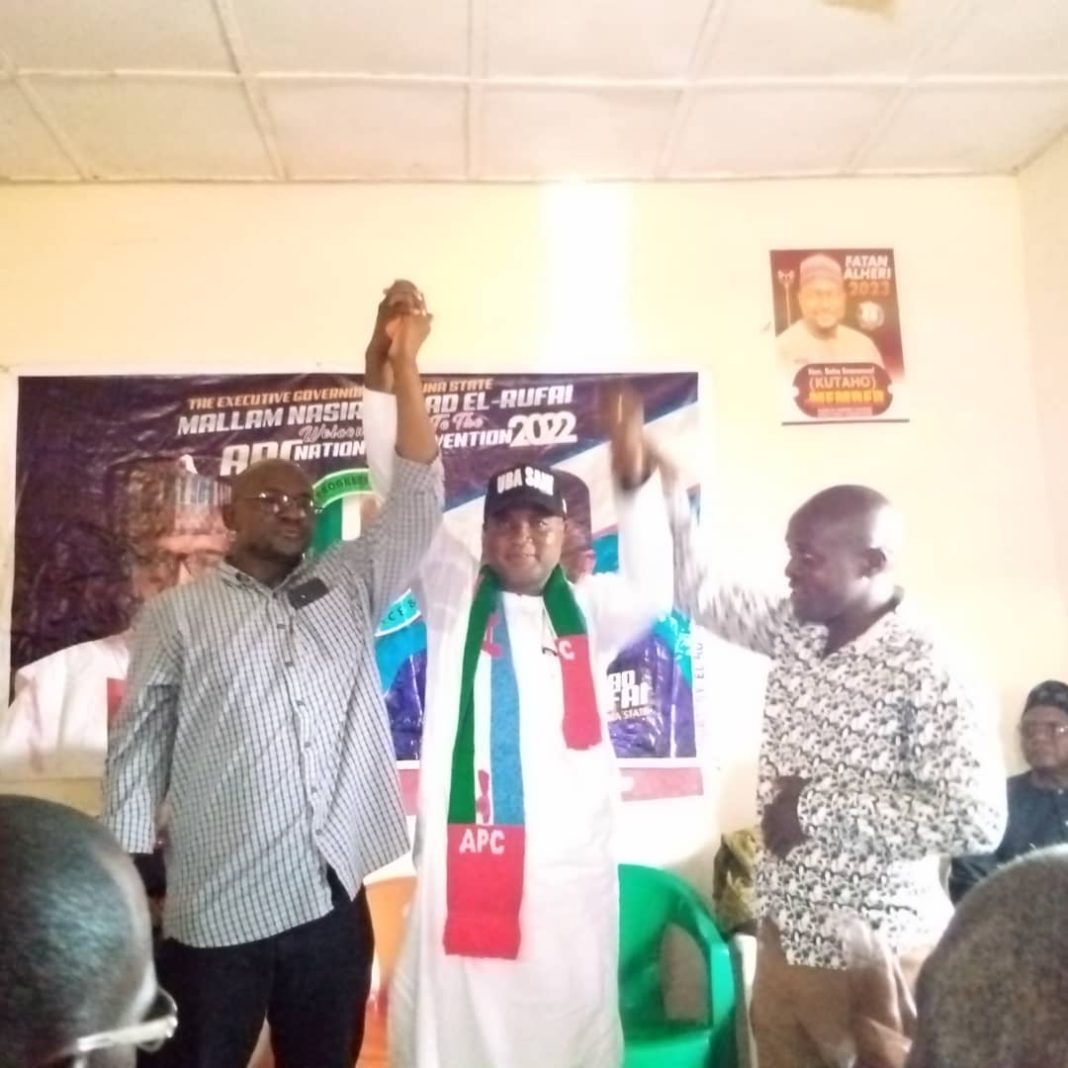 A member representing Kagarko constituency at the Kaduna State House of Assembly, Hon. Nuhu Goroh Shadalafia, has debunked the rumour making the rounds that he ( Shadalafia) has stepped down his ambition to return to the state assembly.

He described the rumour as evil lies, and urged the public and party members to disregard the information.

According to him in a statement issued and distributed to journalists in Kaduna on Tuesday, he advised the public to be guided and not to respect or take serious any information or message that is not from his official FB and WHATSAPP platform.

In the statement, he said: ” my attention has been drawn to a malicious lies making the rounds within my constituency that I Rt. Hon Elder Nuhu Machu Goroh Shadalafiya an aspirant for the State Assembly in Kaduna State has Stepped down for an Aspirant Hon Ibrahim simple kogi in the race to Lugard hall”.

“It is a calculated attempt by oppositions within and outside my party; APC to mislead the public for their political gains.

“Those who are carrying out this evil lies are those with evil intentions for our development and democracy in the Constituency. I refute the lies and I have not and will not give in to cheap blackmail. I’m in the race and call on all my supporters to keep working till we make our enemies bow”, the former Deputy Speaker emphasised.

Recalled that the member; Shadalafia declared his intention to return to the Lugard hall last week.