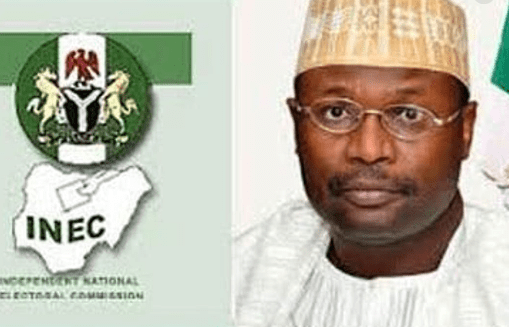 A former Secretary to the Government of the Federation, Senator Anyim Pius Anyim, a former governor of Anambra State, Chief Chukwuemeka Ezeife, and a host of other stakeholders, have advised the Southeast zone to persuade other geo-political zones to support them to achieve a presidency of the Igbo extraction in 2023.

They said this on Saturday at the United For Better Nigeria Initiative (UBNI) National Convention in Abuja.

This is as a coalition of several civil society groups, has hinted of a plan to match to the embassies of the United Kingdom and the United States as part of pressures on President Muhammadu Buhari to sign the electoral bill as passed by the National Assembly.

However, Anyim, while speaking at the UBNI convention, said it was neither a right nor legal for the southeast to demand Igbo presidency in 2023.

He said the Igbo had to persuade other zones to support their dream if they would produce a president in 2023.

According to the former senate president, who has also indicated interest to contest the PDP presidential ticket. “Is it right for the Southeast to produce the next president? My answer is legally no, and the reason is that the constitution is clear; the constitution says every Nigerian of 40 years is entitled to aspire for that office.

“On the other side, morally, is it right? Is it an entitlement? I will say yes, because the federal character principle enshrined in the constitution encourages rotation.

“The reason I have to make this clarification is that when the right you have is not legal, the only approach and the instrument you have is persuasion.

“So, the approach, the language will be to persuade others to see reason with you that morally, they should support you to take a turn since it rotates.”

Anyim, therefore, encouraged the Southeast that as they go ahead advocating Igbo presidency, it should be with an attitude of persuasion.

In like manner, Ezeife said the kind of Nigeria God wanted, when He created Nigeria was for her to develop into a superpower among nations, and raise respect and dignity for all blacks on earth.

He said one of the ways to achieve the feats the nation wanted was to carry everybody along without discrimination.

“So, I found Hausa, Yoruba, Igbo and other groups in this place talking about the need for federal character. If you do it that way, there will be unity; if there is fairness, equity, justice, you will have unity and progress.

“In the absence of those, you see where we are now. It is not a matter of giving us president, we don’t give, you have to work for it. The Igbo does not prostrate.

Ezeife noted that the Igbo people had contributed greatly to the development of Nigeria in terms of infrastructure, intellect and business, adding that, it was time to give the Igbo people the chance to build Nigeria to the standard God wanted it.

Coordinator-General of UBNI, Mrs Nkolika Mkparu, said there was a feeling of political marginalisation after over a century (by 2023), that the Southeast region was yet to produce a president.

Mkparu said UBNI, a non-partisan political advocacy group, which had been involved in enlightenment for a united Nigeria deemed it fit to beam searchlight on the issue.

“All the other parts have tried. South-south has tried, North has tried, South-West has tried since over 50 years now, so, we are hoping that we should be allowed to try.”

The guest speaker, Prof. Mutiullahi Olasupo, who is the Director of the Institute for Peace Leadership and Development Studies, University of Abuja, said it was right for the Southeast to produce the next president in the interest of peace and natural law of justice.

He said it was imperative for all Nigerians to exclusively resolve to see the Igbo presidency achieved in 2023, adding that the same mechanism that produced former President Olusegun Obasanjo in 1999, should also repeat itself by 2023, to produce a president from the South-East.

Meanwhile, a coalition of several civil society groups, in a statement titled, “Electoral Bill: 2-Days of Civic Action. Let’s Rise and Defend our Democracy”, said they had slated Wednesday and Thursday, 8th and 9th of December, 2021, for protests to compel President Muhammadu Buhari to sign the electoral bill as further delays might be dangerous

Venue for the two protests are the US/UK Embassy Central Business District, Abuja, beginning from 7:00am in the morning.

“Let’s prevail on Mr. President to assent to the Electoral Bill and stop further delay. Nigerians want it signed now. Allow the will of the people rather than few politicians,” the group stated.

Victor Oye: Peter Obi Will Not Achieve Anything Until He Returns To APGA

Wike: I Remain PDP Member, Our Resolve to Unseat APC is Sacrosanct