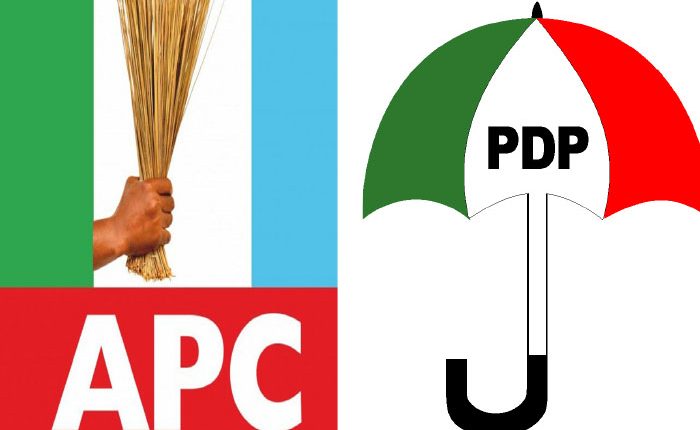 The All Progressives Congress (APC) has kicked against the claim by the People’s Democratic Party (PDP) the ruling party’s presidential candidate for the 2023 general election Senator Bola Tinubu is not valid.

The National Publicity Secretary of PDP, Debo Ologunagba had asked the presidential candidate of the ruling party, Senator Bola Tinubu, to seek legal advice on the implications of last month’s court judgment that declared as nullity the tenure of Governor Mai Mala Buni as the chairman of the party’s national caretaker committee.

The main opposition party also urged Tinubu to account for the consequences and implications of the discrepancies in his academic qualifications and other controversies associated with him.

Addressing a press conference in Abuja, the National Publicity Secretary of PDP, Ologunagba also urged Tinubu “to go home and face the issues of inconsistencies in his educational qualifications, name, ancestry, age as well as corruption allegations.”

“In any case, the APC candidate, Senator Bola Ahmed Tinubu has nothing to offer being the architect of the woes, calamities and life-discounting experiences faced by Nigerians in the last seven and half years,” the PDP spokesman stated.

Olugunagba, who spoke on the consequences of the Federal High Court judgment on the tenure of the former interim chairman said, “as you are aware, the Federal High Court sitting in Abuja on Friday, September 30, 2022, nullified the candidature of Governor Gboyega Oyetola in the July 16, 2022, Osun State governorship election on the ground that his nomination was invalid, having been conducted and submitted by Governor Mai Mala Buni of Yobe State, in violation of Section 183 of the Constitution of the Federal Republic of Nigeria 1999 (as amended).”

According to him, “the import of the September 30, 2022 judgment of the Federal High Court is that every decision made by Governor Mai Mala Buni as Chairman of the APC is null and void as you cannot place something on nothing and expect it to stand.”

“Consequently, the Congresses, as well as the National Convention which produced APC Excos including the Senator Adamu Abdullahi-led NWC, is void”, the PDP spokesman said.

He argued that the primaries and presidential convention conducted by the Abdullahi-led NWC, including the nomination of Tinubu as the presidential candidate of the APC “is invalid, null and void ab initio.”

Ologunagba said that the APC had become prostrate, handicapped and incapacitated to campaign as it has no valid candidate for the 2023 general election.

He urged Nigerians to recall that the PDP had on February 22, 2022, and March 8, 2022, raised the alarm that with its foisting of an illegal and unconstitutional leadership, the APC had become “legally defunct, structurally crippled and no longer a legitimate and valid vehicle to field candidates for elections under our laws.”

He announced that the PDP would officially flag off its 2023 presidential election campaign on Monday, October 10, 2022, in Uyo, Akwa Ibom State capital.

He said from the party’s consultations across the six geo-political zones of the country, it is clear that Nigerians across the board, irrespective of religion, ethnicity and even political affiliations accept the PDP presidential candidate, Atiku Abubakar as the best candidate with the practical experience, capacity, broad-mindedness and willpower to unite the country.

Morka said, “I am confident that the decision will not pass appellate court’s scrutiny. For one, the decision flies in the face of a valid and subsisting majority Supreme Court decision in Akeredolu’s case which settled the question as to the validity of Mai Mala Buni Caretaker Committee.

“In any event, that committee was duly constituted by the NEC of the APC and everything done by the caretaker committee was duly ratified by the national convention, the highest decision-making organ of the party. Clearly, we stand on strong legal ground and are unperturbed by that decision.”

Also, speaking yesterday on the “Morning Show,” a programme on ARISE NEWS Channel, a spokesman of the PDP Presidential Campaign Council, Mr. Charles Aniagwu, said the party’s presidential candidate, Atiku, would energise the country’s private sector to drive the nation’s economy to provide jobs for the people.

While reacting to allegations by the Minister of Information, Mr. Lai Mohammed that the PDP copied from what the APC was doing, Aniagwu said the APC had no single plan to copy from, adding that Atiku had long prepared his policy document titled “My Covenant With Nigerians.”

According to him, the APC has no single plan to develop the country.

PDP To Hold Presidential Campaign Rally In Lagos On Monday