APC?, Never for Me! – Jimi Agbaje denies defection rumour, says ‘I can never work with Tinubu’ 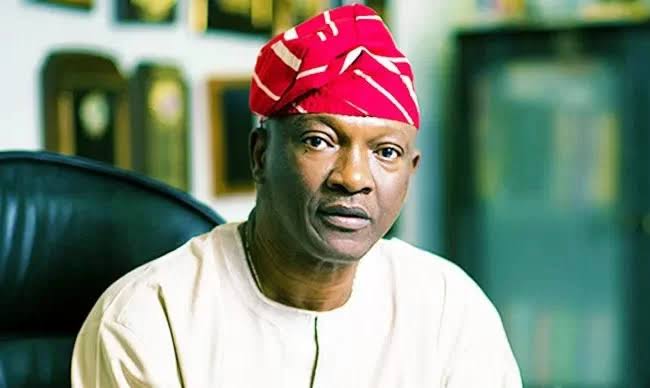 The former Lagos Governorship Candidate of the People’s Democratic Party (PDP) in the 2015 and 2019 elections, Mr. Jimi Agbaje, has debunked the rumour of cross-carpeting to the ruling All Progressives Party (APC).

Moneycentral reports that Agbaje was laughing away the insinuations today when it presented him with the rumours making the rounds on social media, he said, “People are saying, Emi l’okan to cross-carpet; but nothing like that.”

“Emi lokan,” in Yoruba, means, “It is my turn. However, Agbaje debunked the rumour that he had refused to follow the trail of bigwigs (like Governor of Cross Rivers State, Professor Ben Ayade, and others) who left PDP for APC.

“There is nothing to it. I never contemplated such a move,” he said.

“Perhaps if it were another Presidential Candidate, it could even be imagined, but I can never work with Bola Tinubu.”

Acknowledging that the rumours had been making the rounds, he said a number of close friends, family and associates had directly been in touch with him to make enquiries.

“My phone too has been abuzz all week and my ear is even hot with calls,” he said.

“Especially with Bola Tinubu as the party’s Presidential Candidate, it can never happen. There can be no move in that direction. Never! Never!”

On what may have triggered the rumours, Agbaje claimed ignorance.

He told reporters, “Apparently, people just sit somewhere and concoct anything they want to imagine.”

The pharmacist who runs JayKay Pharmaceuticals was also the Lagos State Governorship Candidate of the Democratic People’s Alliance (DPA) in the 2011 elections.

He had left the Action Congress (AC) in 2011, after then Governor Tinubu singlehandedly anointed Babatunde Raji Fashola as his successor for the post over other contenders including Agbaje.