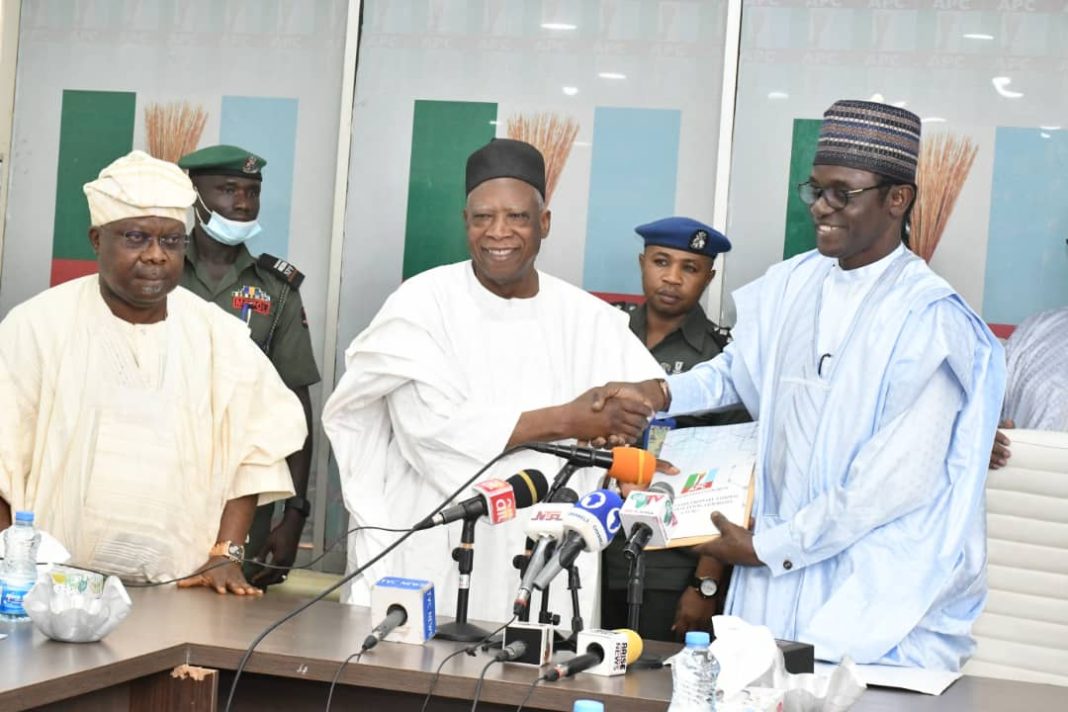 The serving Senator, a staunch supporter of President Muhammadu Buhari, is a former Governor of Nasarawa State.

On Wednesday, he received the mantle of leadership from the former chairman, Mai Buni, at the party’s headquarters.

The Governor of Yobe State led the National Caretaker and Convention Planning Committee since 2020.

Adamu emerged as chairman at the APC convention which was held at the Eagle Square in Abuja last Saturday.

72 hours after being sworn in as APC chairman, Adamu assumed office at Buhari House, the party’s National Secretariat, after the formal handover by Buni in a brief ceremony at the National Working Committee Hall of the secretariat.

Adamu, who stormed the premises at about 11:30 am alongside members of the NWC, was received by a waiting crowd of supporters.

More than 70 others were also confirmed as the new members of the National Working Committee (NWC).