DSS Invites Obadiah Mailafia Over his Comments on Boko Haram 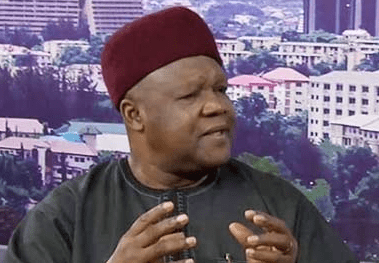 The Department of State Services (DSS) has invited a former Deputy Governor of the Central Bank of Nigeria (CBN) and stakeholder in Southern Kaduna, Obadiah Mailafia, to its Jos office over the comment he made recently about a Northern governor being the commander of Boko Haram.

Mailafia in an interview with an Abuja based station, on Monday, August 10, alleged that some repentant bandits spoke with him and other stakeholders in Southern Kaduna and the they revealed that a serving governor in one of the Northern states is the commander of Boko Haram in Nigeria.

The DSS saw his interview and has invited him to their office for questioning. He is expected to appear before the service officials on Wednesday, August 12 by 12 noon.