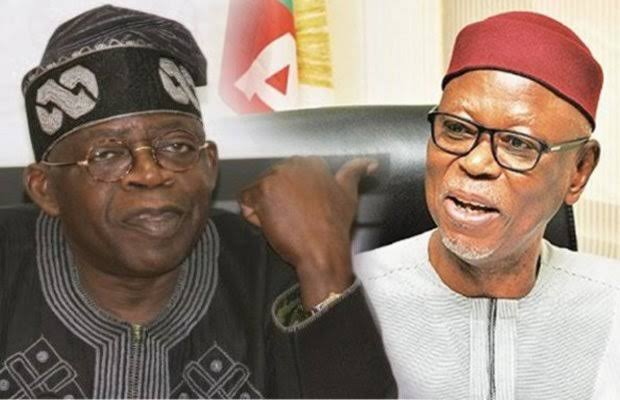 Fear on Friday enveloped the camp of Bola Tinubu after the Chief John Odigie-Oyegun led Presidential Screening Committee of the ruling All Progressives Congress, APC announced that it had axed 10 of the 23 presidential aspirants of the party, saying that only those considered youthful were cleared for the Primaries.

Although it was not immediately possible to get the list of those affected the committee is currently at the National Secretariat of the party submitting its report to the Senator Abdullahi Adamu-led National Working Committee NWC.

Mr Oyegun made the announcement on Friday in Abuja, capping a long week of aspirants’ screening. The list of qualified aspirants has not yet been made public.

It was reported on Monday that Mr Oyegun might disqualify Mr Tinubu, 70, because of their bitter political fallout in 2018, which saw both politicians publicly disparage each other in vilest terms.

The development has sent Mr Tinubu’s camp into a state of anger, our reporters gathered on Friday afternoon, with some of its members threatening to abandon the ruling party.

The former Lagos governor had warned of harsh consequences if he doesn’t clinch the ticket.