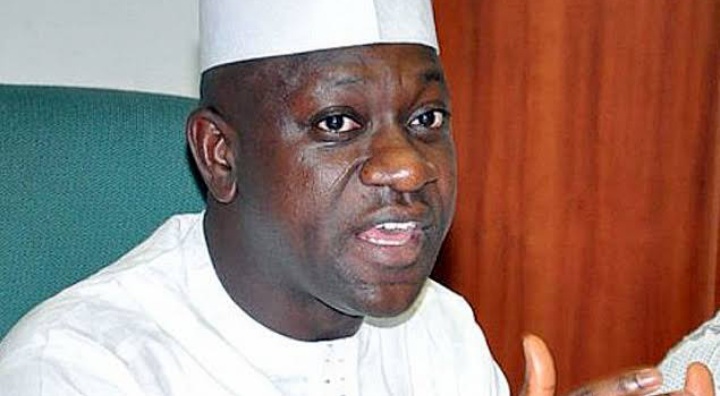 The Coordinator of the presidential campaign of Asiwaju Bola Tinubu, and former House of Representatives member, Hon Abdulmumin Jibrin, has declared that he is leaving the ruling All Progressives Congress (APC).

Jibrin, who is an Executive Director at the Federal Housing Authority (FHA), represented Kiru/Bebeji federal constituency of Kano State between 2015 and 2019.

He said in a tweet on Saturday, May 7 ,2022,: “I have done my best for APC. Its time to move on. I will announce my new political party within the next 24 hours, insha Allah. I will make a formal statement in due course.”

Read Also: I Am the Right Person for Nigeria says Osinbanjo in Adamawa

His decision to leave the party may be connnected to an alleged failed bid to return to the House of Representatives in 2023 and run the the Speaker of the Green chamber.

Moneycentral gathered from anonymous sources that Jibrin’s ambition failed to get the endorsement of his State Governor, Abdullahi Ganduje, who allegedly did not commit to giving him the ticket to vie for the Reps seat in next year’s election.

The ex-lawmaker’s political woes in his state started when the Kano chapter of the APC drew a battle line with him for not showing support for the reelection bid of the governor in 2019.