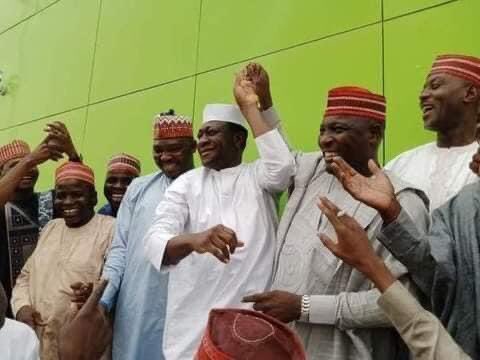 Former House of Representatives member and Director General of the Bola Ahmed Tinubu Support Group, Abdulmumin Jibrin has defected from the ruling All Progressives Congress to the New Nigeria People’s Party (NNPP).

Jibrin, who represented the Kiru/Bebeji Federal Constituency of Kano State in 2015, announced his resignation from the APC on his Twitter handle on Saturday.

“I have done my best for APC,” he said. “It’s time to move on. I will announce my new political party within the next 24 hours Insha Allah. I will make a formal statement in due course.”

The former lawmaker belonged to a faction of the APC in Kano State, led by former governor Ibrahim Shekarau, that lost out at the Supreme Court on Friday to the Gov. Abdulahi Ganduje’s faction.

The Supreme Court had dismissed the appeal filed by the G-7 faction of the APC led by Shekarau, challenging the ward and local government congresses conducted by the Ganduje faction of the party.