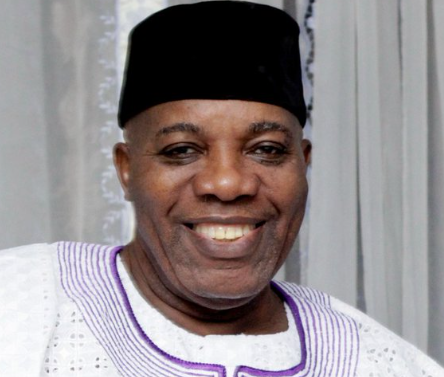 Nigeria’s Labour Party has named Doyin Okupe as the Vice Presidential candidate to the party’s flag bearer Peter Obi, but in a placeholder capacity to beat the Friday deadline set by INEC.

A top leader of the Labour Party who confirmed this to ARISE News said the party is still making wide consultations for a suitable vice presidential candidate to Obi but that Okupe’s name was temporarily submitted.

In the 2023 general elections timetable released by INEC in February, the deadline for the substitution of Presidential or Vice Presidential candidates is July 15th 2022 and some political parties are currently taking advantage of this window including the APC to name placeholder running mates.

The Labour Party (LP) had earlier disclosed that its presidential candidate, Peter Obi’s running mate will “most likely” come from the northern region of the country.

The party revealed this through its chairman, Julius Abure, while speaking in commemoration of the Democracy Day this week.

Abure noted that the principle of social-religious inclusion and the diversity of the Nigerian workforce and membership of the Labour Party would not be compromised in its choice.

Nigeria's Labour Party has named Doyin Okupe as the Vice Presidential candidate to the party's flag bearer Peter Obi, but in a placeholder capacity to beat the Friday deadline set by INEC