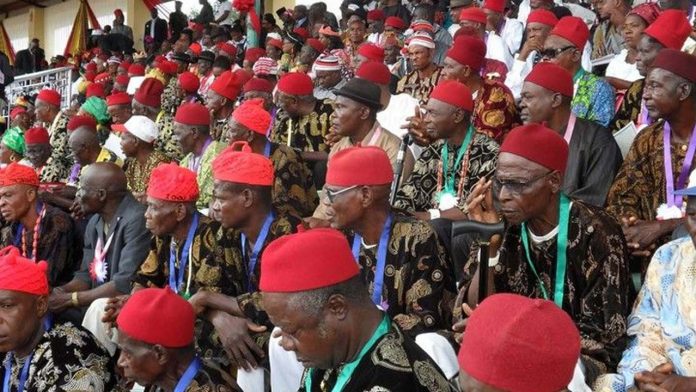 Baba’s appointment came on a day his immediate predecessor, Mohammed Adamu, was in Owerri, Imo State, to assess the extent of damage done by the gunmen who attacked Owerri Prisons and Imo State police command headquarters, freeing inmates and razing vehicles in the command premises.

Minister of Police Affairs, Maigari Dingyadi, who disclosed this to State House correspondents in Abuja yesterday, said the appointment was with immediate effect.

He said that the issues of professionalism, competence and years of service were considered before the appointment.

But the apex Igbo socio-cultural group kicked against the appointment saying that the injustice of the Federal Government was responsible for the growing agitations and insecurity in the South-East.

Ohanaeze National Publicity Secretary, Chief Alex Ogbonnia, who stated this in an interview, said it was most unfortunate that the President had chosen to sideline the people of the South-East in his recent appointment of service chiefs and now in the appointment of an IGP.

He said: “It is unjust and unfair to sideline the South-East in the security architecture of the country. Injustice promotes insecurity; it promotes all forms of crisis and problems. With injustice, there is no peace anywhere.

“What is happening in South-East today in form of agitations is as a result of injustice. So, we the elders are put in a great dilemma because the younger generation is attacking us and we have been telling them to hold on believing that the president would have a change of mind.

“We thought that the president would be concerned about the level of injustice, agitations and crisis we have in the South-East and would try to ameliorate these things but unfortunately, he is not thinking towards that direction. It is most unfortunate and Ohanaeze will come up with a stronger statement.”