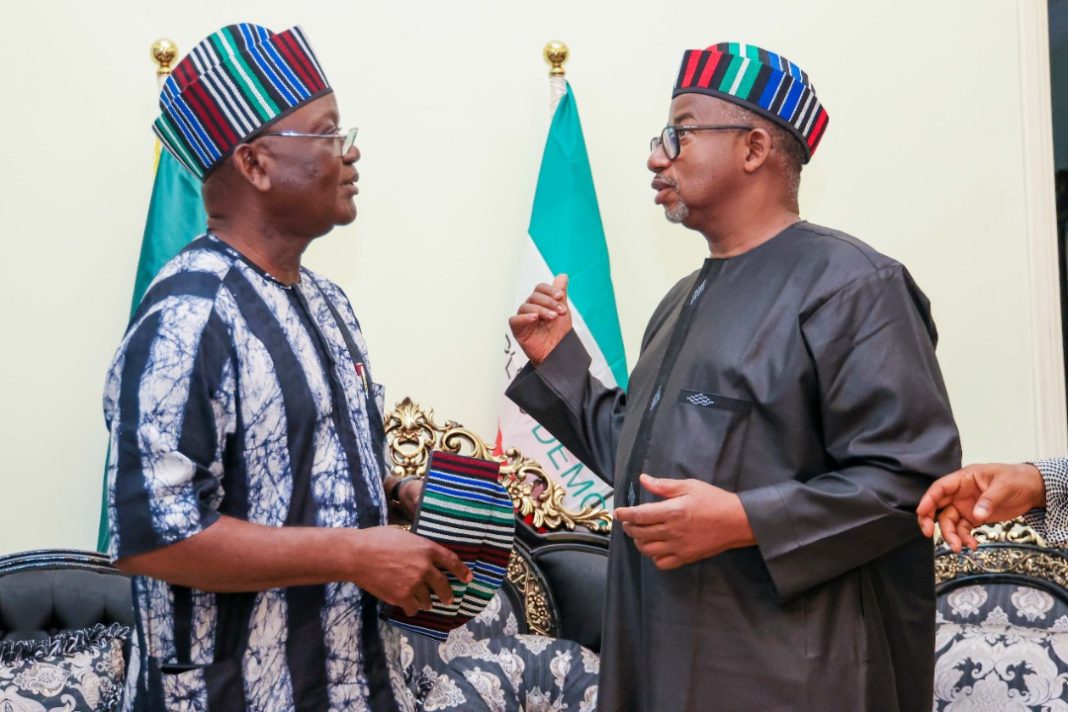 Governor Samuel Ortom of Benue State has urged presidential aspirants on the platform of the Peoples Democratic Party (PDP) to maintain peace and harmony among them as they carry on with their consultation to various stakeholders across the country.

Playing host to one of the visiting presidential aspirant and governor of Bauchi state, Bala Mohammed at the Benue People’s House, Makurdi on Friday, governor Ortom stated that, as qualified as all of them were with the requisite experience to lead the country, only one would be picked with the rest teaming up with the candidate to ensure that the PDP wins the election next year.

The Governor maintained that the PDP has the task to take Nigeria from the failed APC and rebuild it, stressing that members of the PDP have a joint responsibility of ensuring unity among them.

He said he can attest to the capacity of the former FCT Minister having worked with him as a cabinet member in the Federal Executive Council to develop the country.

Earlier, Governor Bala Mohammed stated that owing to the maladministration of Nigeria by the current administration, Nigeria has been polarised along ethnic and religious lines and requires a bridge builder of his kind to pull the country together.

Governor Mohammed assured that if given the mandate, he would work with the state Governments to tackle security and other development challenges that the country was facing.

At the PDP state Secretariat, the former FCT Minister, told the State Working Committee that he has what it takes to drive the country forward and urged delegates to consider and cast their votes for him to emerge as presidential flag bearer in next year’s general election.

According to him, as a detribalized Nigerian with a passion for unity and inclusiveness, he will bridge the misunderstanding gaps between ethnic nationalities in the country for the good of all.

He said the party has not zoned its presidential ticket to any geopolitical part of the country but will bow to the decision of the party at any time it decides to do so if it does not favour him.

Responding, the state chairman of the party, Sir John Ngbede, commended Mohammed for playing an active role in the emergence of Dr Iyorchia Ayu as the national chairman of the PDP apart from working for the interest of Benue which requires acknowledgement.

“You are one of the best brains as a Senator, Minister and Civil servant of repute with a capacity to be president of the country.”

Ngbede said, Benue delegates will support a presidential aspirant of PDP that will secure the lives of Benue people and other Nigerians.