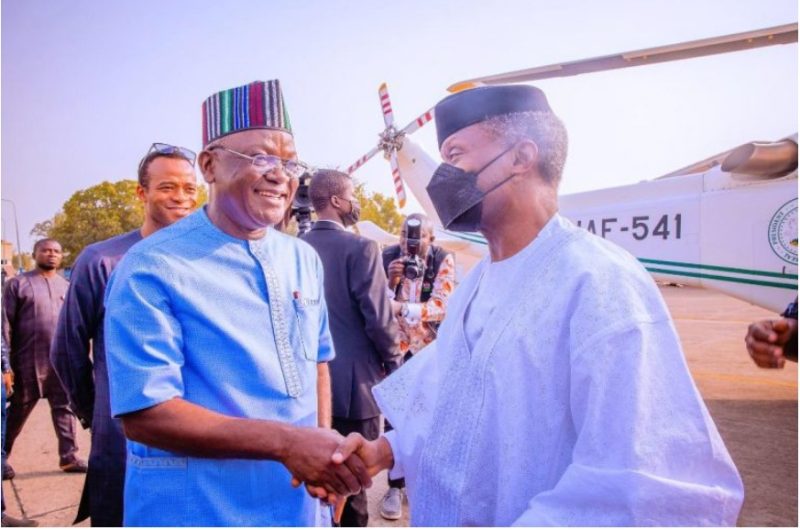 Governor Samuel Ortom and the Nigeria Air Force authorities in Makurdi have settled the rift between them over reception protocols for Vice-president Yemi Osinbajo.

There was a disagreement on Saturday morning resulting in the refusal of the Air Force authorities to allow Ortom into the NAF base to welcome Vice-president Osinbajo whose chopper was to touch down there enroute Wukari in Taraba State.

Ortom had complained bitterly in a press interview after the incident.

The ice was thawed as the governor later received the Vice-president on his way back from Wukari where he had attended the combined convocation ceremony of the University of Wukari.

Ortom claimed that the Air Force authorities had apologised and he had accepted the apology.

In a brief chat with journalists at the Presidential wing of the Makurdi Airport shortly after seeing off the Vice President, the Governor said the misunderstanding came as a result of error in communication which had been resolved.

The Governor was earlier received by the Chief of Staff to the AOC, TAC Makurdi, AVM PN Amadi and other senior officers of the Command.