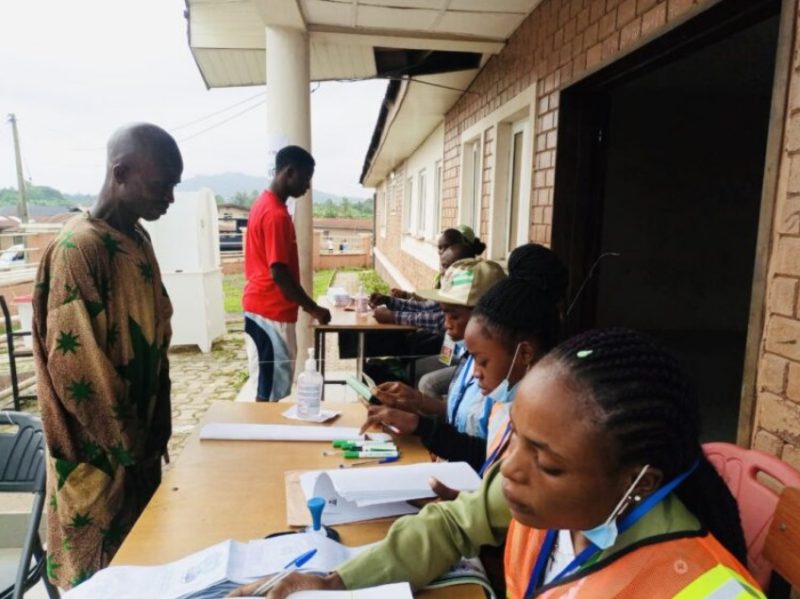 In most of the polling units across Ede, there two BVAS machines and the turnout of voters are also impressive.

As Osun State electorates decide their next governor today, there is early arrival of Independent National Electoral Commission (INEC) personnel across Ede South local government area of the state.

Most of the polling units showed INEC personnel arriving as early as 7:00 am and accreditations commenced in some of them at exactly 8:00 am.

For instance, at Polling Unit 16 opposite Seventh Day Adventist Primary School Ede-South LGA, the officials arrived by 6:30 am. According to one of the officials, 1706 voters are expected to vote at the polling unit.

It was also observed that each polling unit has two BVAS machines and the turnout of voters are also impressive.