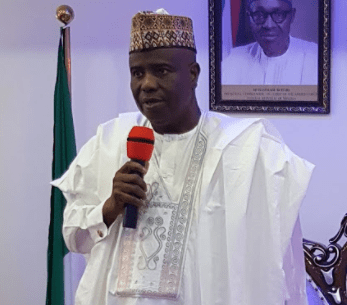 The Sokoto State Government under the leadership of Rt. Hon. Aminu Waziri Tambuwal has prioritizes provision of Primary Healthcare service in Sokoto since its inception in 2015 to date.

Hon. Manir Dan’iya who also oversees Ministry for local government said from 2015 to date alot was sank for the upliftment of primary healthcare across the 23 local councils in Sokoto.

Hon. Dan’iya said Ministry of Health in partnership with Primary Healthcare Agency, the 23 local government councils and the Sultanate Council are working 24/7, 365 a year to see that sokoto people especially those residing in the rural areas get ultra health treatments within their locality.

Hon. Manir said as per as he knew, Sokoto state government has done its best on its counterfunding funds with local and international agencies and foundations to see sokoto has reached top spot in health provision to its citizens.

He said UNICEF, UN, EU, Gates & Melinda foundation, Dangote Foundation and others are all testimony to the zeal Sokoto State Government under Tambuwal is exhibiting to that direction.

The Deputy Governor noted huge efforts of National Primary Healthcare Center for focussing its satellite on Sokoto so as to meet up with best global practices.

He later told the ED that all his observations are noted for urgent intervention from the State Government so that the gaps identified will be filled.

Earlier the Executive Director, and Chief Executive Officer, National Primary Healthcare Development Agency, Dr. Faisal Shu’aib said they were in Deputy Governor’s office to brief him on the outcome of the 2 day meeting between Sokoto State Government, National Primary Healcare Development Agency and donor agencies on the challengies, way forward and observations on the activities of Sokoto state primary healhcare in the state.

Some of the points worth taking urgent action tabled by the ED were issues of remuneration of the staff in LGs, low turnout of Covid-19 vaccinations in LGs, increase in the rate of maternal mortality and increasing of pockets of resistance
of children vaccinations.

The ED hoped Sokoto will fight aggresively on the points raised so that Sokoto will be ranked high among other states in terms of provision of healthcare in Sokoto state.

The ED team at the audience to Deputy Governor include WHO Deputy Country Representative in Nigeria, Dr. Alex Chibani, and UNICEF Chief of Health Country Officer in Nigeria, Eduardo Celades.