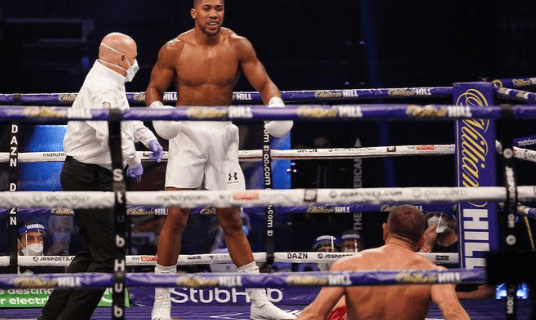 Anthony Joshua has denied accepting a £15m payment to step aside and allow Tyson Fury vs Oleksandr Usyk.

According to the British boxer, he has not “seen a contract” and will “make calculated decisions”.

Joshua had activated a rematch clause to fight Usyk in a bid to reclaim his WBA, IBF and WBO heavyweight belts.

But The Daily Telegraph reported that Joshua could agree a £15m deal, which would allow the Ukrainian to fight WBC king Fury instead in an undisputed world title fight.

Fury is however yet to agree to a mandatory defence of his WBC title against Dillian Whyte.

“You know what’s mad about all these interviews I see.

“I see certain interviews that quote what I said and I think to myself ‘I haven’t done any interviews.’

“Where did this person get this information from? I’m hearing people say ‘AJ accepts £15m to step aside.’ I haven’t signed a contract, I haven’t seen a contract. So as it stands, stop listening until it comes from me.

“I’m the man in control of my destiny, I’m the man that handles my business, I’m a smart individual and I make calculated decisions every step of the way.

“Don’t listen to other sources… if I tell you something then you know it’s real,” Joshua said in a video posted on social media.