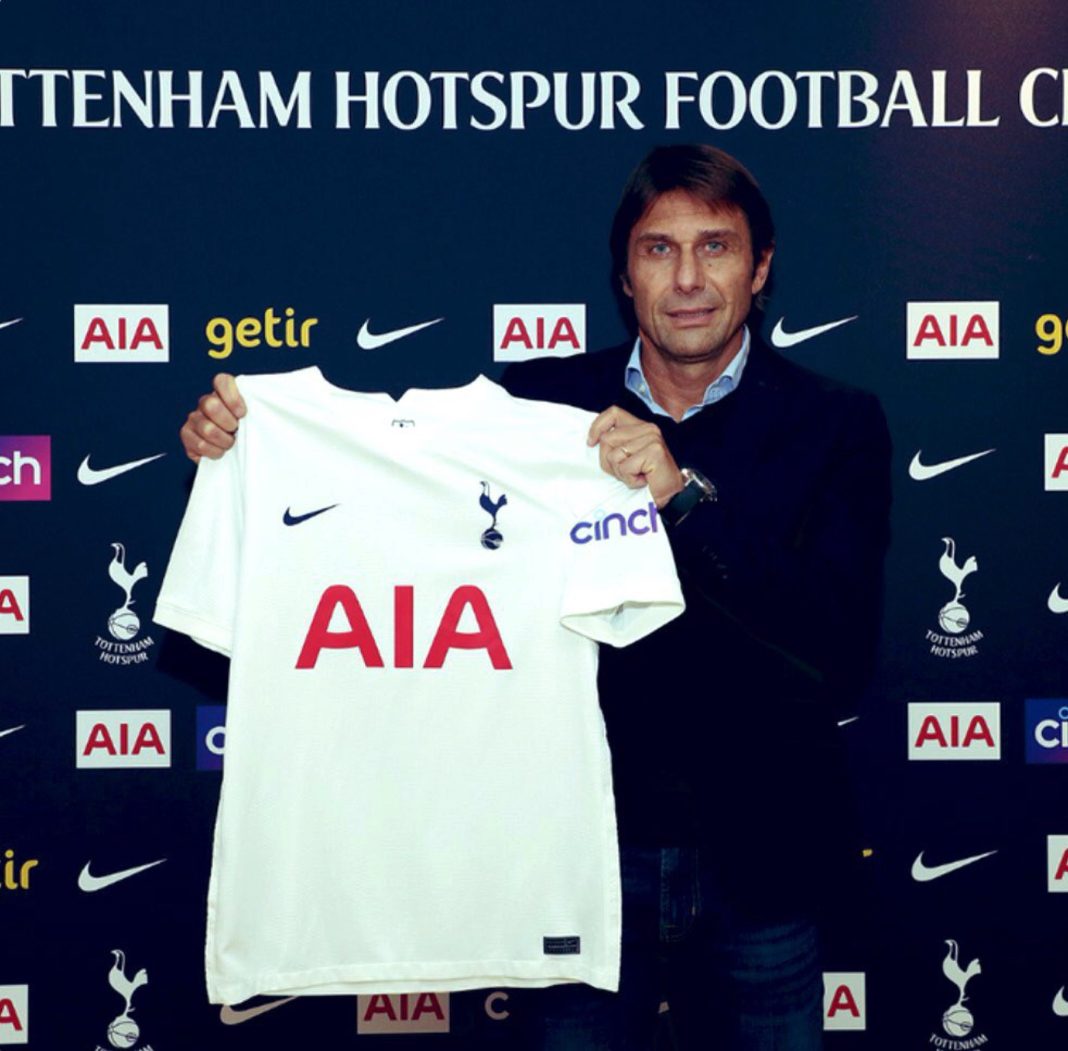 The 52-year-old Italian, who Spurs chairman Daniel Levy targeted before appointing Nuno in the summer, has signed an 18-month contract – with an option to extend – at Tottenham following successful talks with the club’s hierarchy in London on Monday.

The former Chelsea boss, who guided the Blues to the 2016-17 Premier League title and the FA Cup the following season, has taken up his first managerial post since leaving Inter Milan, with whom he won last season’s Serie A title.

Conte told Tottenham’s website: “I am extremely happy to return to coaching, and to do so at a Premier League club that has the ambition to be a protagonist again.

“I can’t wait to start working to convey to the team and the fans the passion, mentality and determination that have always distinguished me, as a player and as a coach.

“Last summer our union did not happen because the end of my relationship with Inter was still too recent and emotionally too involved with the end of the season, so I felt that it wasn’t yet the right time to return to coaching.

“But the contagious enthusiasm and determination of Daniel Levy in wanting to entrust me with this task had already hit the mark. Now that the opportunity has returned, I have chosen to take it with great conviction.”

Conte’s appointment sees him reunited with Spurs managing director of football Fabio Paratici, who joined the club in the summer after 11 years in a similar role at Juventus.

Paratici said: “We are delighted to welcome Antonio to the club. His track record speaks for itself, with vast experience and trophies in both Italy and England.

“I know first-hand the qualities Antonio can bring to us, having worked with him at Juventus, and look forward to seeing his work with our talented group of players.”

The club added that further news on Conte’s coaching staff would “follow in due course”.

Nuno was relieved of his duties on Monday after less than five months at the club, with Saturday’s 3-0 defeat by Manchester United his final game in charge.

It was Spurs’ fifth Premier League loss in seven games and left them ninth in the top flight, 10 points behind league leaders Chelsea.

Conte departed Inter by mutual consent in May, just three weeks after leading the club to a first Serie A title in 11 years, adding to the three Italian league titles he claimed with Juventus between 2011 and 2014.

He became embroiled in a dispute with the club’s owners after they proposed a downsizing of his squad, with Inter chairman Steven Zhang reportedly asking Conte to cut his wage bill by 15 to 20 per cent.

Conte had joined Inter after leaving Chelsea, where he became one of just four managers to win the Premier League in his first season in English football. Despite winning the FA Cup in his second season at Stamford Bridge, the former Italy boss was dismissed after a fifth-placed league finish.

Conte’s record of 51 victories from 76 games gives him the second-highest win rate of coaches who have taken charge of at least 50 Premier League games, trailing only Manchester City manager Pep Guardiola.

Analysis: Conte can reinvigorate
Antonio Conte feels like the perfect remedy for the malaise Tottenham have slipped into.

Who better to reinvigorate this Spurs squad, which was passive and lacking penetration under Nuno, than the highly-charged Italian?

He’s the antithesis of his tight-lipped Portuguese predecessor and his track record suggests that, from front to back, Conte will transform the approach, application and output of this Tottenham team.

In the final two hours and 16 minutes of playing time under Nuno, Spurs didn’t have a shot on target. They rank 19th in the Premier League for shots and only two teams have scored fewer goals. In contrast, in six of Conte’s last seven seasons as a manager, his sides have been among the top three scorers in their division.

At the other end of the pitch, Saturday’s third 3-0 defeat of the season puts Spurs fifth-bottom in the Premier League for goals conceded. Conte’s Inter Milan let in just 35 in 38 games last year.