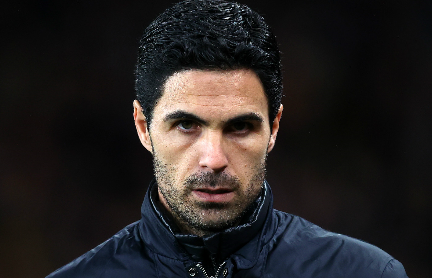 The Arsenal men’s manager, Mikel Arteta, and his women’s team counterpart, Jonas Eidevall, have signed new contracts. The Spaniard’s deal runs to the end of the 2024-25 season and Eidevall’s until a year earlier.

Arteta, who described himself as “excited, grateful and really, really happy”, said: “We want to take the club to the next level and to compete really with the top teams. In order to do that, we have to be playing in the Champions League. We have to be able to evolve the team, improve our players, improve all departments, generate even more connection with our fans, improve the atmosphere at the Emirates, be able to recruit top, top talent and the best people for this club to drive this project to that level.”

Eidevall, who is in his first season at the club and goes into the final day of the Women’s Super League season with a chance of winning the title, said: “It’s great. It allows me to continue to work for a club that I love so much and be around people that I really, really like, and to be able to achieve things together, so I’m really looking forward to that.”

Arteta succeeded Unai Emery in December 2019 and his team are well placed to secure a Champions League place, sitting fourth with four matches to play. They are at home to Leeds on Sunday before going to Tottenham for a potentially decisive game four days later.

Josh Kroenke, son of the owner, Stan, said the family was confident that Arteta would “get us back to competing for the top trophies” and that Eidevall would “continue to take us forward”