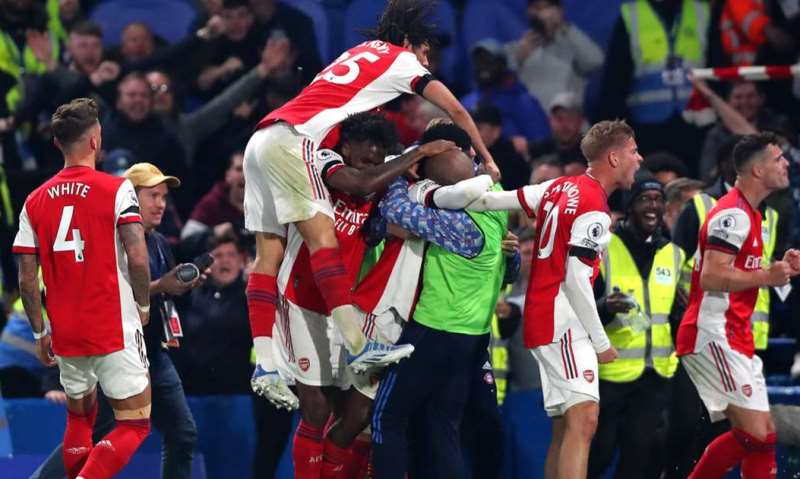 The Emirates Cup returns for its 11th edition on Saturday afternoon, as Arsenal welcome Sevilla to North London for their final pre-season friendly.

The Gunners have lifted the trophy in five of the previous 10 Emirates Cup tournaments, while Los Palanganas took the runners-up spot in 2017.

Arsenal’s stellar unbeaten pre-season record came to a bitter end behind closed doors on Wednesday, as Brentford got the better of Mikel Arteta‘s side 2-1 at the Gunners’ London Colney training base to bring the mood down a tad after a remarkable time on tour.

Arteta was keen to stress after that 4-0 win over the Blues that such a triumph did not warrant getting “carried away”, but optimism is at the highest it has been for a long time within the Gooners fanbase, even if the loss to Brentford did raise an eyebrow or two.

The Gunners have one final chance to end their pre-season on a high before they kick off the new Premier League season against Crystal Palace on August 5, but the most recent edition of the Emirates Cup in 2019 saw them suffer a 2-1 defeat to Lyon.

Julen Lopetegui will not be taking his Sevilla squad to England to see the sights, as Los Palanganas must travel to face Leicester City barely 24 hours after their Emirates Cup clash with the Gunners will have concluded.

Appropriately kicking off their pre-season against Arsenal’s bitter rivals Tottenham Hotspur in South Korea, Sevilla drew 1-1 with the Lilywhites before getting the better of Sporting CP in the Trofeu Cinco Violinos on penalties, and goals were not in short supply in midweek either.

Lopetegui’s side made it three pre-season games without defeat in a 6-0 thrashing of Angers on Wednesday, with Lucas Ocampos, Erik Lamela and Youssef En-Nesyri on the scoresheet, but much of the talk around the Estadio Ramon Sanchez Pizjuan is currently taking place off the field.

While Jules Kounde is also recovering from a hernia operation and was nowhere to be seen on Wednesday, the Frenchman is understood to be on the brink of signing for Barcelona, as Lopetegui prepares for the start of a new defensive phase without Kounde or Diego Carlos.

As mentioned, Sevilla made the journey to London for the 2017 Emirates Cup, during which the La Liga side managed to get the better of both Arsenal and RB Leipzig but lost out to the Gunners for the trophy based on extra points for goals scored.

The injury curse has still been bedevilling some of Arsenal’s regular treatment room occupants this summer, as Kieran Tierney and Takehiro Tomiyasu are both still doubts for the Premier League opener and should not be risked on Saturday.

Emile Smith Rowe is also nursing a muscular niggle, while new signing Fabio Vieira is yet to make his debut for the club due to an ankle issue, and he is highly unlikely to recover in time for the Emirates Cup either.

Arteta played down concerns of an injury for Gabriel Jesus after he was taken off early against Chelsea, but Eddie Nketiah – who scored Arsenal’s solitary goal in Wednesday’s loss to Brentford – is ready to don the red and white jersey if his strike partner is not risked.

Meanwhile, new Sevilla centre-back Marcao is expected to be fine for the trip to England after building up his fitness, but Rafa Mir remains a doubt with his muscular problem.

Karim Rekik and Marcos Acuna were only able to complete 32 minutes of the win over Angers, but their withdrawals are understood to have been tactical, and the duo should line up from the off here.

Arsenal have often been linked with moves for Ocampos and En-Nesyri in the past couple of years, with both men set to feature in the final third alongside ex-Spurs man Lamela or Jesus Corona.