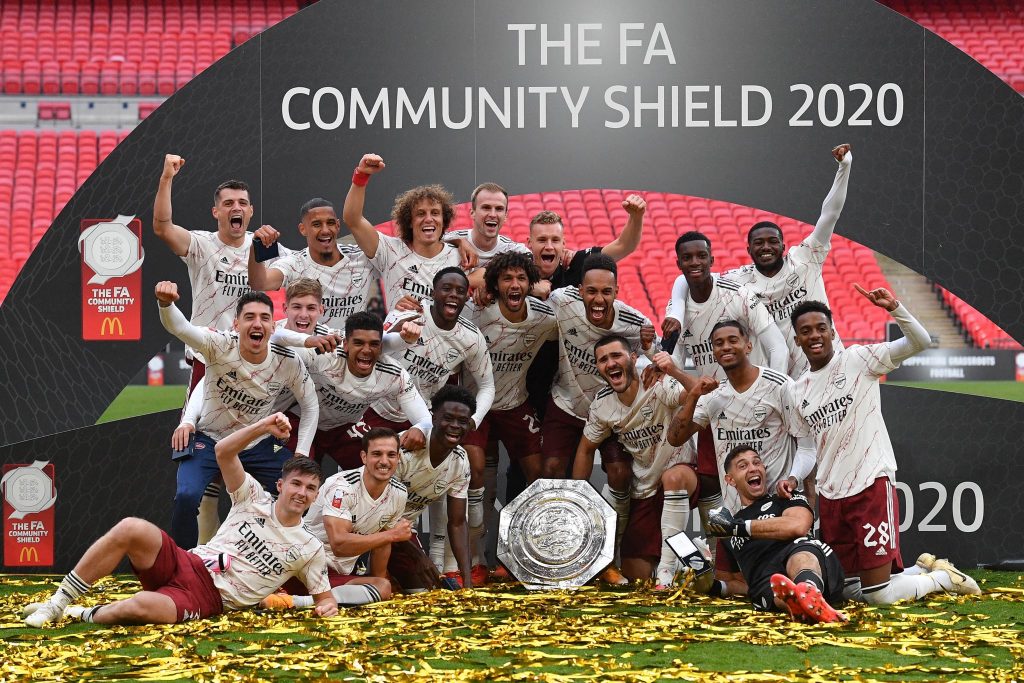 Arsenal won the Community Shield 5-4 on penalties following a 1-1 draw in normal time at Wembley after Rhian Brewster missed for Liverpool.

The Gunners took the lead in the first half with a delightful goal from Pierre-Emerick Aubameyang, who curled a wonderful shot past Alisson.

Liverpool equalised through Takumi Minamino on 73 minutes to take the game to penalties, and after the first four were converted Brewster could only hit the bar with his effort.

Aubameyang scored the decisive spot-kick to give Arsenal and manager Mikel Arteta their second trophy at Wembley this month.