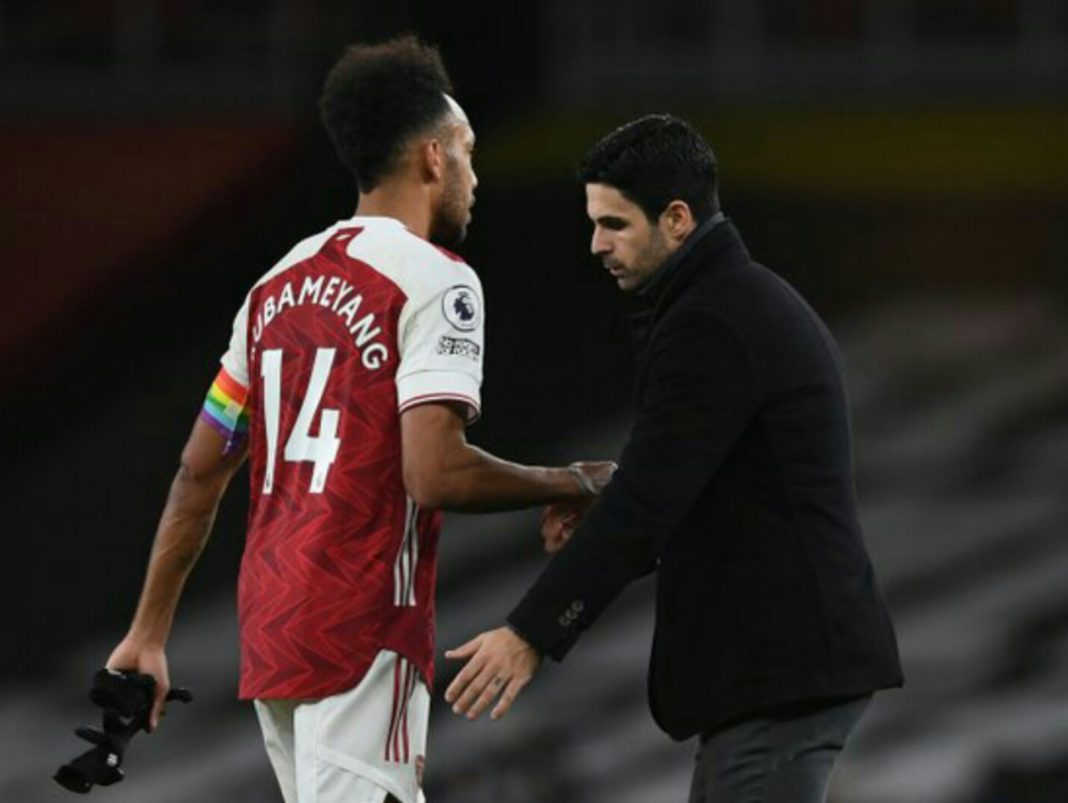 Pierre-Emerick Aubameyang has been left out of Arsenal’s starting XI to face Tottenham for disciplinary reasons, Mikel Arteta has confirmed.

The striker was dropped to the bench for Sunday’s north London derby clash at the Emirates Stadium.

Aubameyang, 31, has scored 14 goals in 29 appearances in all competitions this season and captained the side on Thursday as they beat Olympiacos 3-1 in the first leg of their Europa League last-16 tie.

What did Arteta say?

“He was going to start the game. We had a disciplinary issue, we have drawn the line and we move on. He’s on the bench,” Arteta told Sky Sports .

“We keep that internally. We have a process we have to respect for every game and that’s it.

“It was a decision made after evaluating everything.”

Alexandre Lacazette has been called on to fill in for the punished forward.

Lacazette is the Gunners’ joint-top scorer in the Premier League this season alongside Aubameyang, having scored nine times in 23 appearances.

Arteta has made two more changes to the team that started against the Greek giants in midweek, as Cedric Soares starts at right-back in place of Hector Bellerin and Emile Smith Rowe is on instead of Willian.

How the North London Derby played out

Arsenal sealed their first north London derby win since December 2018 after fighting back from a goal down to beat 10-man Tottenham 2-1 on Super Sunday.

The Gunners, who were without captain Pierre-Emerick Aubameyang after he was left out of the starting line-up due to a disciplinary breach, dominated much of the first half as Emile Smith Rowe and Cedric Soares both saw strikes hit the woodwork.

However, they were behind in the 33rd minute when Erik Lamela, who replaced the injured Heung-Min Son after 19 minutes, produced a spectacular drilled Rabona (33) to beat Bernd Leno and find the bottom corner.

The hosts did finally get some reward just before the half-time interval when Martin Odegaard (44) swept home Kieran Tierney’s cutback and they turned the game around midway through the second half when Alexandre Lacazette scored from the spot (64) after being scythed down by Davinson Sanchez.

Lamela’s afternoon turned sour 15 minutes from time when he threw out a stray arm to catch Tierney to pick up his second yellow card in eight minutes, while Harry Kane, who had a late header disallowed for offside, struck the post with a free-kick before Gabriel Magalhaes’ brilliant block to deny Sanchez scoring from the rebound secured Arsenal all three points.