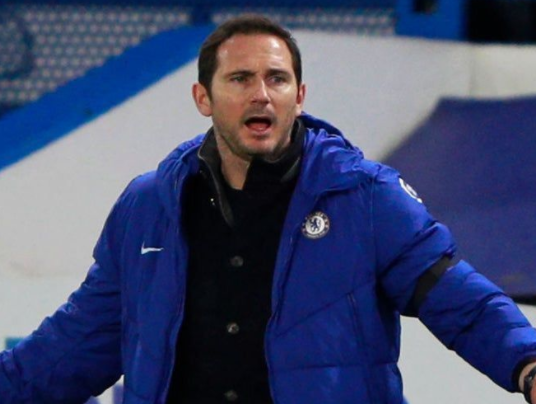 Former Chelsea manager and club legend, Frank Lampard has become the fifth player to be inducted into the Premier League Hall of Fame

The 42-year-old also holds the record for being the highest goal-scoring midfielder in the premier league with 177 goals in 609 appearances for West Ham, Chelsea, and Man City clubs.

In a question and answer session shared on Dailymail, Lampard was full of praise for his uncle, Harry Redknapp, who he claimed was responsible for his first big break in football, he also credited the Portuguese, Jose Mourinho for his influence on his career, though the duo would later fall out in the latter stages of their campaign.

”There have been a lot of people that have influenced me,’ Lampard said. ‘I guess really Harry Redknapp’s belief in me at West Ham to give me the first opportunity.”

”Claudio Ranieri for taking me to Chelsea, and Jose Mourinho for the influence he had on me when he first arrived. However, I took things from all my managers and am thankful to them all, he also added.”

Speaking on his fellow inductees, the 2005 FIFA Player of the Year: Silver Award stated he had always idolised them while growing up and was honored to be amongst the class of players.

”As a young lad I remember just wanting to make it into the West Ham team, and looking up to players like Roy Keane, Alan Shearer, and Thierry Henry so to be mentioned in the same bracket as them is a real honour. I am very proud and thankful for the recognition,”’ he said

The Englishman joins the likes of Alan Shearer, Thierry Henry, Roy Keane, and Eric Cantona in the Hall of Fame.