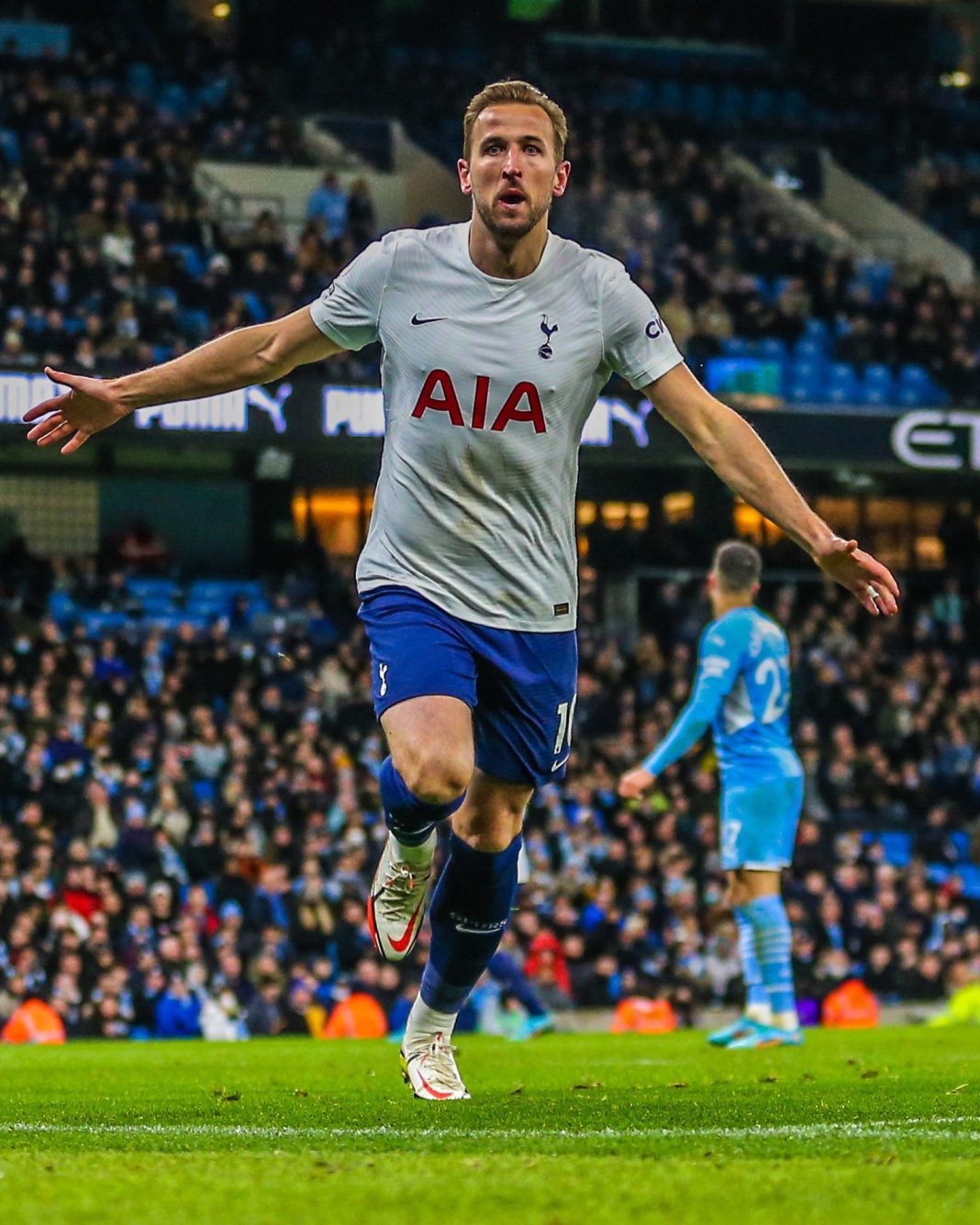 Harry Kane came back to haunt his long-term suitors Manchester City as his 95th-minute strike secured an improbable 3-2 victory in a pulsating Saturday Night Football clash at the Etihad Stadium.

This was one of the great games of the season, and so often these two teams deliver when they come together, but this ignited Spurs’ Champions League hopes and Liverpool’s Premier League title aspirations.

Kane was City’s chief tormentor from start to finish, setting up Dejan Kulusevski’s opener with his brilliant dissection of City’s high defensive line. Ilkay Gundogan would deservedly level matters, but having withstood heavy pressure upon the restart, it was Kane who delivered again.

The England captain met Son’s cross to finish expertly across his body, and he might have had a second when he beat Ederson inside his near post but Kulusevski was ruled offside upon VAR review in the build-up.

City had valid claims for a penalty when Bernardo Silva’s low cross slammed into the arm of the diving Cristian Romero and after VAR Darren England instructed referee Anthony Taylor to consult his pitchside monitor, City were handed a dramatic reprieve.

Riyad Mahrez dispatched his penalty with aplomb high into the net (90+2) but Kane would have the final say to spark wild scenes in the away end as the striker outmuscled Kyle Walker to head Kulusevski’s cross into the net (90+5).

“It’s a massive day for the top-four race but also the title race,” said Jamie Carragher on commentary as Kane dramatically changed the picture at the top of the table. The result means Tottenham moved up to seventh in the table, four points behind Manchester United in fourth with two games in hand.

City remain six points clear of Liverpool at the summit, but having played one more game. Liverpool can close the gap to three points when they host Leeds on Wednesday.