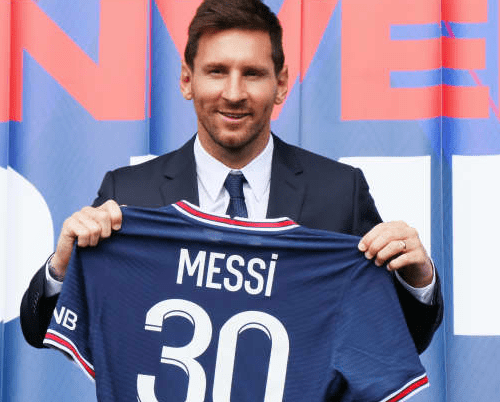 Lionel Messi is celebrating his birthday on Friday as he turns 35.

Messi is also entering the final 12 months of his contract with Paris Saint-Germain (though the club have the option of adding another year) in what could prove to be a significant period as he starts to wind down his career.

Of course, there’s no specific reason to suggest that Messi is thinking about calling it quits at the highest level, but it stands to reason that given his age and contractual circumstance, there’s a possibility that 2022-23 might be his final season at a major European club.

Messi made a tearful move to PSG on a free transfer in August 2021 after Barcelona’s €1.2 billion debt prevented them from being able to offer him a new five-year contract.

Having only represented one club from the age of 13, the transfer sent ructions through football with many drawn to question whether a player of Messi’s gargantuan stature would be able to adapt to a new environment after so many years playing HIS way at HIS club.

While still far from poor form, Messi has struggled to match the formidably high output of his Barca pomp, registering the worst single-season scoring rate of his entire career in his inaugural campaign in Paris.

However, it was better news on the assist front as Messi pitched in with 15 in all competitions, though all of them came in Ligue 1. This level is broadly consistent with his average assist rate (20 in all comps) over the course of his nine prior club seasons at Camp Nou.

Messi also managed to add a new trinket to his incredible trophy haul by winning the Ligue 1 title in his maiden season — the 35th major club honour of his career.

The next major tournament on Messi’s radar is the 2022 World Cup in Qatar which Argentina qualified for in good time, mathematically securing their place at the tournament with a 0-0 draw against rivals Brazil back in November 2021.