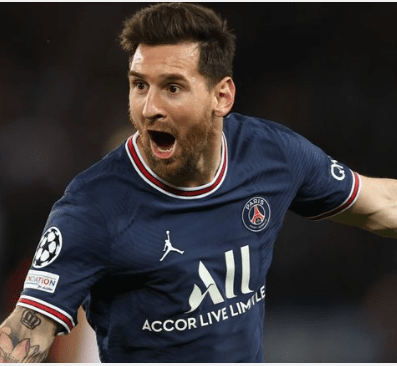 Lionel Messi will return to Barcelona next summer after making ‘peace’ with the club’s president following his dramatic exit two years ago.

The seven-time Ballon d’Or winner joined PSG after Barca released a statement saying he would be leaving due to financial restrictions placed upon them by LaLiga.

However, Messi – who joined PSG in 2021- will reportedly return to Barcelona when his contract in the French capital expires next summer.

According to Argentine reporter Veronica Brunati, Messi will return to Barcelona on July 1, 2023 after just two years at Paris Saint-Germain.

It is believed Messi will return to the club after ‘making peace’ with Barcelona president Joan Laporta – who was at the centre of the controversy two years ago.

Messi became a free agent in 2021 after his contract with Barca expired. However, he was set to re-sign with the club following positive initial talks between all parties.

However, Barca dropped a bombshell statement confirming Messi would be leaving due to economic and structural obstacles (Spanish LaLiga regulations).

Messi was said to be shocked by the announcement as he had agreed to take a 50 per cent pay deduction from his previous deal – which was worth in excess of £425million over four years – in order to stay at the club.

Neymar – who left Barca for PSG in 2017 – had spoken publicly about wanting to reunite with the Argentine again one day.

Neymar got his wish. Messi signed a two-year deal worth a staggering £35million a season with the Ligue 1 giants.

Messi endured a difficult start to his time at PSG. He had been linked with a return to Barcelona pretty soon after his debut in France.

He only managed to score six goals in his first 27 domestic games for the French side.

He also failed to win over the fans, who booed him in matches after PSG’s Champions League collapse to Real Madrid in the Round of 16.

As a result, Messi’s former team-mate Dani Alves even called on him to return to the club after he made his own comeback at the Nou Camp.

However, Messi is now thriving in the French top-flight. He has scored seven goals in his last five matches. Messi has also performed well on the international stage with Argentina.