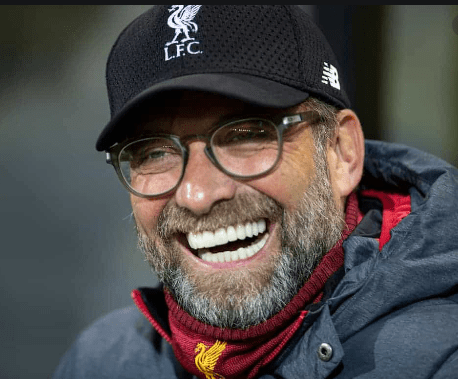 Now, after a three-month suspension due to the coronavirus pandemic, Klopp is left questioning just how he has managed to oversee such a sustained transformation in the club’s fortunes, with City 20 points behind them this season.

“If you watch City’s game [a 5-0 win against Burnley on Monday], the only question I have is, ‘how is it possible that anyone has 20 points more than them?” he tells Sky Sports News, when asked what have been the defining moments in their league campaign.

“How is that possible?! I don’t understand it to be honest. We must have done a lot of things right. There is not one game.

“The consistency of the boys, the level how we performed not only this season [but] plus last season is incredible.

“That gave us the possibility to have this amount of points. There were so many difficult games, so many difficult moments and the boys found a solution in the right moment. The belief was there until the final whistle.”

The current 20-point gap by Liverpool over Pep Guardiola’s side, which was as high as 25 points in February, remains the biggest lead in top-flight history before this season, with Klopp later describing, during his pre-match press conference, the gap between the two clubs as “unthinkable”.