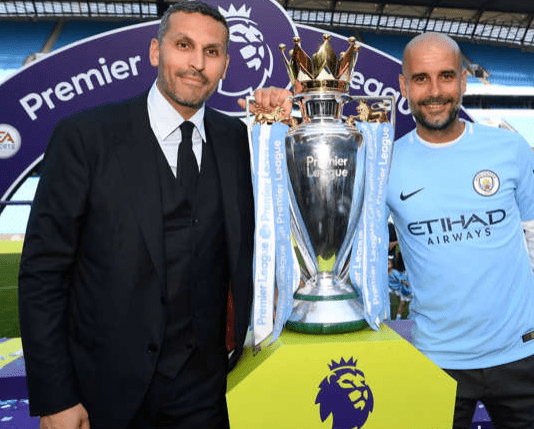 Manchester City chairman Khaldoon Al Mubarak has apologised to fans for his role in the doomed Super League plans.

Alongside Chelsea, City are understood to have rushed into the decision to commit to the Super League, fearing that rivals Manchester United, Liverpool, Arsenal and Tottenham could leave them behind if they didn’t join.

The two late-comers were also the first to pull out of the plans, and in his annual interview with CityTV, Al Mubarak admitted the decision to join the Super League in the first place was an enormous mistake.

“I want to start with apologising to the fans,” he said. “I owe it. It was a mistake. I think in hindsight, the decision should have been from the beginning: a decision not to participate in this league.

“I absolutely regret it. The benefit of hindsight is easy right now. I regret it and you can see it: our reluctance. It was very difficult. It was not an easy decision to say ‘yes, no’ and ‘we’re in’ or ‘we’re out.’

“We took a decision, I took a decision on this and I take full responsibility, it was a mistake. It was a decision based on a view, which was a mistaken view, this will improve and strengthen our position as a club. What it missed was an important aspect which is how the fans felt about it.

“We will learn from it, I have no doubt. Our fans appreciate the heart and spirit of everything we do. Our fans, I hope, will understand when we make such a mistake like this our heart was in the right place. Our assessment was wrong.”

Al Mubarak was keen to stress that City did struggle with the decision to join the Super League, insisting that they were uneasy from the start and quickly realised they had made an enormous error.

“I think you can see in terms of the timing of when we actually did commit, it tells you a lot in terms of how challenging a decision it was and how much we struggled with that decision,” he confessed. “But you can also see that once we recognise there was a mistake, that’s it. We needed to go out immediately.

“I’m not going to sit here and defend the reason why we did it. What I will do is: I will own it. I took a decision ultimately on this and I take full responsibility, and it was a mistake.”