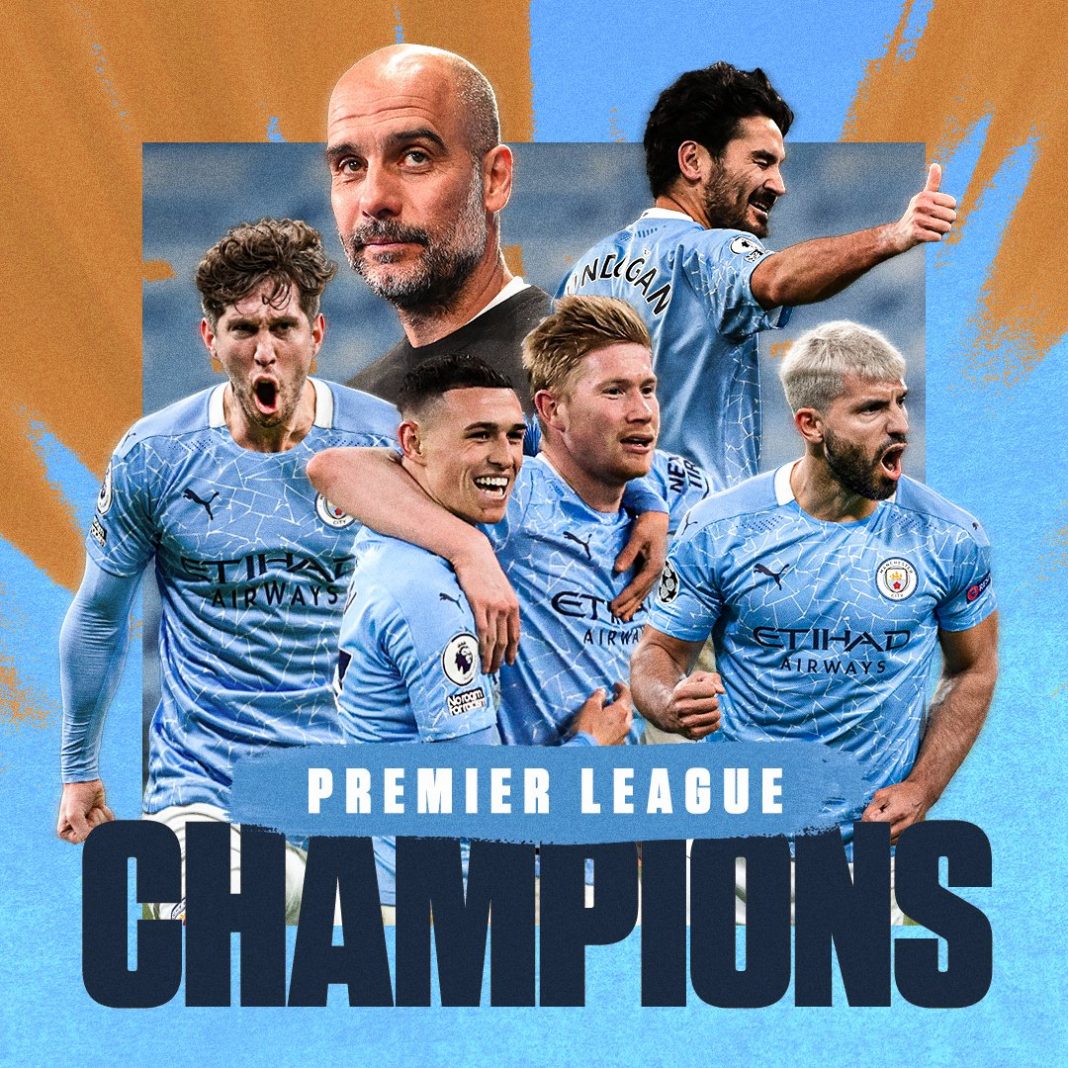 Manchester City were crowned Premier League champions for the third time in four seasons after Manchester United crashed to a 2-1 defeat against Leicester on Tuesday.

Pep Guardiola’s side are 10 points clear of second-placed United and have wrapped up the title with three games to spare.

Pep Guardiola’s side have had to wait to rubberstamp their latest triumph, following changes to the fixture schedule and their own slip-up.

A late defeat to Chelsea last weekend as closest rivals United won at Aston Villa kept City’s champagne on ice but they finally reclaimed the Premier League title from Liverpool before kicking a ball again as Ole Gunnar Solskjaer’s side were beaten 2-1 on Tuesday after making 10 changes to their starting line-up.

City have now won three Premier League titles and eight major trophies under Guardiola, who last year signed a new two-year contract to remain at the club until 2023.