Premier League Biggest and Smallest Stadiums: Name and Capacity for All 20 Grounds in 2022/23

With most sides boasting millions of fans around the globe, ticket sales are never much of a problem for top-flight sides with supporters desperate to cheer on their team in person.

As a result, a number of Premier League venues have grown over the years with smaller grounds far less common.

The 2022-23 season will offer up a unique mix of stadiums for fans with a large range of sizes.

What is the Premier League’s biggest stadium this season?

Old Trafford, home to Manchester United, once again reigns supreme as the biggest stadium in the Premier League for the 2022-23 season. The historic ground has a current capacity of 74,140 people and was officially opened in 1910.

The Red Devils’ stadium has undergone some serious work over the past century with an expansion in 2006 adding 8,000 seats.

Because of its age, the club are currently looking into redevelopment options with a complete demolition among those, but viewed as the least likely choice, according to The Guardian.

Two much newer stadiums in the form of Tottenham Hotspur Stadium and West Ham’s London Stadium boast the next highest capacities with both holding over 62,000 fans. 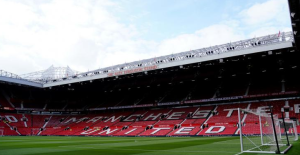 What is the Premier League’s smallest stadium this season?

As the Premier League’s bigger sides try to juggle well over 50,000 fans each weekend, others struggle to cram in just over one fifth of that.

This season, Bournemouth are home to the smallest ground with Vitality Stadium, otherwise known as Dean Court, able to hold just 11,364 supporters.

Like Old Trafford, the venue was first opened in 1910 and completely rebuilt in 2001.

Bournemouth have previously looked into adding another stand to the Vitality Stadium, which would have added over 3,000 seats, but as they don’t own the stadium, that proposal was knocked back by the local council.

In 2018, the club identified a possible site for a new stadium which they hoped would be built by 2021 but financial concerns and the COVID-19 pandemic seemingly shelved those plans.

Vitality Stadium in the sunshine 😍 pic.twitter.com/z3IvXMKUZB 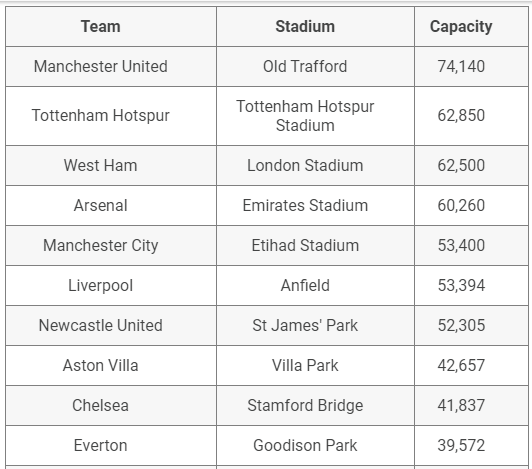 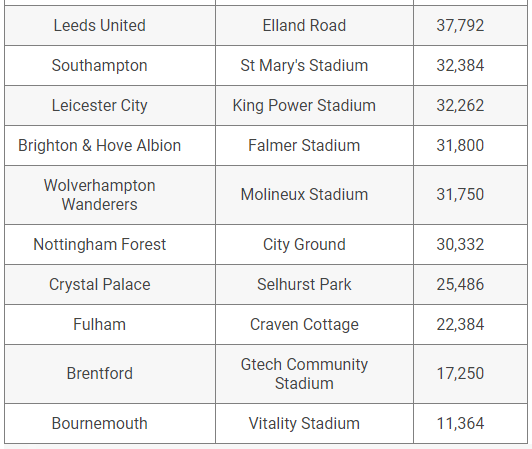