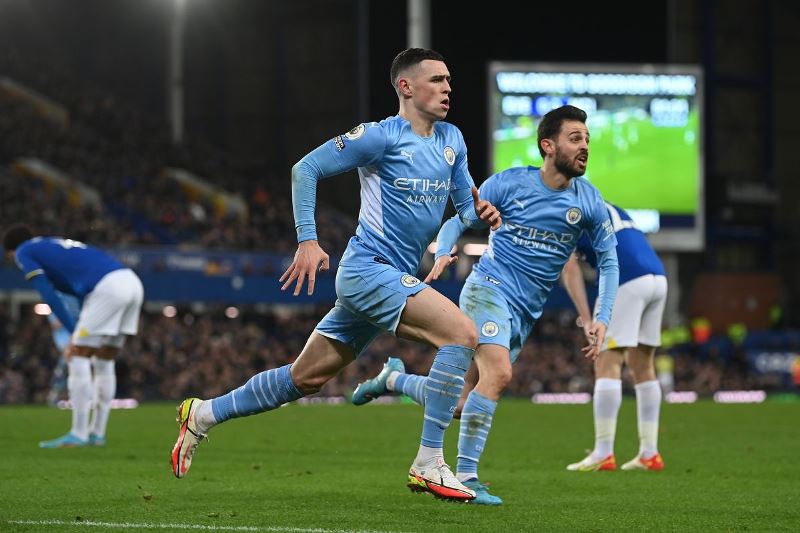 Manchester City will travel to Copenhagen on Tuesday evening knowing that a victory would see them book their spot in the knockout round of the Champions League with two games to spare.

The Citizens are currently top of Group G, boasting nine points from their opening three games, while Copenhagen are bottom, collecting just a single point in the section thus far.

Copenhagen were blown away by Man City at the Etihad Stadium last week, with the home side scoring three times in the first half before netting twice more after the interval to run out 5-0 winners in Manchester.

The Danish outfit were always going to be up against it in this section, and they lost their opener at Borussia Dortmund on September 6 before managing to hold Sevilla to a goalless draw one week later.

The five-goal loss to Man City has left Jacob Neestrup‘s side bottom of Group G on one point, but they are level on points with third-placed Sevilla, so a spot in the Europa League is certainly achievable, while they can also still mathematically finish in the top two at this stage.

Copenhagen will enter this match off the back of a 1-1 draw with Nordsjaelland in the league on Saturday, which has left them down in sixth position, boasting 16 points from 12 matches.

Byens Hold are competing in the group stage of the Champions League for the first time since the 2016-17 campaign, but they did reach the last-16 stage of the Europa Conference League last term before losing to PSV Eindhoven.

Man City, meanwhile, are flying, making it six straight wins in all competitions on Saturday afternoon by thrashing Southampton 4-0 in the Premier League, which moved them to the top of the table.

The Citizens have won 6-3, 5-0 and 4-0 in their last three matches – all at home – and this will represent their first away game in any competition since the 3-0 success at Wolverhampton Wanderers in the league in the middle of September.

Guardiola will make changes to the side that took to the field for the first whistle against Southampton on Saturday, with Jack Grealish, Sergio Gomez and Ilkay Gundogan potentially coming into the side.

There will certainly be a temptation to rest Haaland, with Julian Alvarez on standby to play through the middle, but the Norway international should start once again, with Riyad Mahrez and Bernardo Silva potentially the players to drop out.