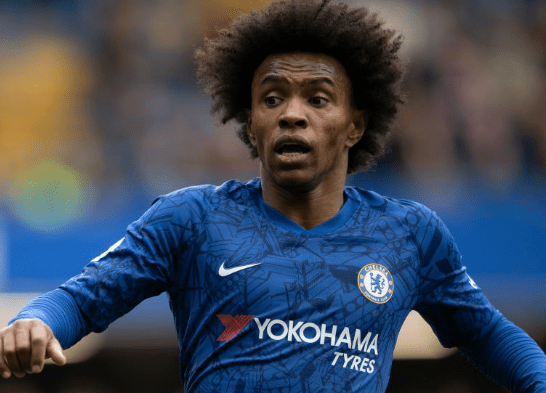 Arsenal look to have wrapped up the signing of Chelsea winger Willian and according to ESPN Brasil, as per Sport Witness, the deal could be announced in the coming days.

It would appear that the Brazil flyer’s time at Stamford Bridge is coming to an end and he will walk away for nothing following seven years service at the club.

Injury prevented Willian from featuring against the Gunners in the FA Cup Final on Saturday but he could now be lining-up with Mikel Arteta’s team next season.

Willian signed for Chelsea in 2013 from Anzhi in Russia, costing the Blues £30 million, according to BBC Sport.

He has proved a decent signing for the club, scoring 63 goals and registering 62 assists during 339 appearances for the London-based club.

Willian was paid £138,000-a-week towards the end of his Chelsea career and details of his contract at Arsenal have not been revealed.