Rio to Allow Fans for Brazil-Argentina Final of Copa America 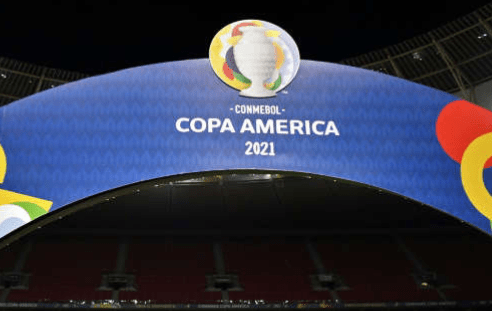 Rio de Janeiro, one of the Brazilian cities hardest hit by the coronavirus pandemic, on Friday gave the go-ahead for thousands of fans to attend Saturday’s Copa America final against Argentina at the Maracana stadium.

This would make it the first match in the 2021 Copa America, South America’s largest international football tournament, with fans in the stands.

The decision was based on the organizers presenting protocols “of operation and accreditation that adopt measures to protect the health of those involved, using appropriate tools to prevent contagion and the propagation of Covid-19”, said a notice in the official gazette Friday.

Those wishing to attend must arrive with a negative coronavirus test taken no longer than 48 hours earlier. Once inside, they will be required to observe social distancing.

Each side will receive 2,200 tickets for their fans.

Argentina’s football association said it would give its share out free to Argentines living in Brazil.

The hosts have not said how they will distribute theirs.

The tournament, organized by CONMEBOL, the South American football federation, kicked off on June 13 in Brasilia amid widespread criticism of the decision to give the event to Brazil, the country with the second-highest Covid-19 death toll after the United States.

Despite opposition from politicians, citizens and some players and coaches, Brazil agreed at the 11th hour to host the world’s oldest international tournament after CONMEBOL took it from co-hosts Argentina, battling a pandemic surge, and Colombia, where dozens have died in anti-government protests.

Strong support for hosting the event came from Brazil’s far-right President Jair Bolsonaro, whose much-criticized handling of the pandemic is the subject of a parliamentary investigation.

The Copa America is taking place at the same time as the European Champions, which are being played at 11 venues, with fans.

The Euros final at the 90,000-capacity Wembley Stadium on Sunday will be played with some 60,000 spectators.