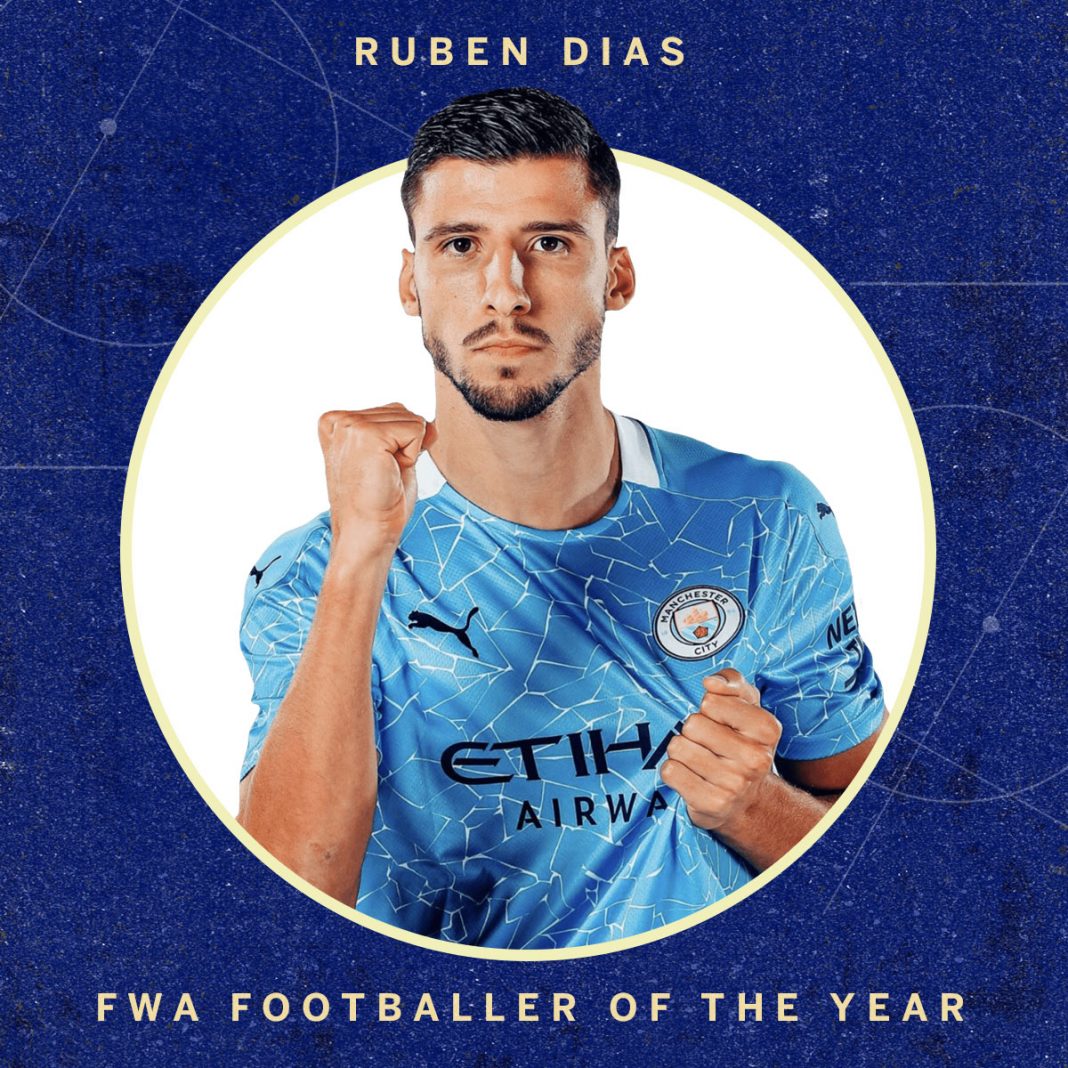 Manchester City’s Ruben Dias has been crowned Football Writers’ Association (FWA) Footballer of the Year for the 2020/21 season.

Manchester City’s excellence on their way to the Premier League title this season was reflected in the voting as nine of Pep Guardiola’s players picked up votes which accounted for 50 per cent of the total votes cast.

Reflecting on his award, Dias said: “It’s a huge privilege, I’m very, very happy. I could not have done it without the success of the team, without everyone in the team deserving this award. Only by that, as a defender, am I able to be here to receive this prize.

“Essentially, when I came I wanted to meet everyone as fast as possible, understand how the team plays. I knew the manager and the players, I knew a bit about the philosophy of the club because I am fan of football and I know City from the last few years

“I had an idea of what I was coming to and I wanted to integrate myself as fast as possible.”

Dias is the first defender to win the award since Liverpool’s Steve Nicol back in 1989. The 24-year-old believes his recognition ahead of his goalscoring team-mates is a reflection of the team’s unity.

“It means something because normally the ones who finish off the plays get the spotlight, but me receiving this award is a major example of our team,” he explained.

“We work and build our game, it reflects the togetherness we have on the pitch. The spirit that runs through this team with these players, how we play like a family.”

After joining from Benfica last summer for £65m, Dias has made 31 appearances for Man City this season, scoring one goal and helping his side register 14 clean sheets.

His partnership with John Stones at the heart of Guardiola’s defence, which has conceded only 21 goals in the league, played a key part in City’s Premier League triumph.

After just one win in their first 13 league games, Dias’ increasing influence in the side helped them go on a staggering 21-game win streak in all competitions, including 15 successive victories in the Premier League.