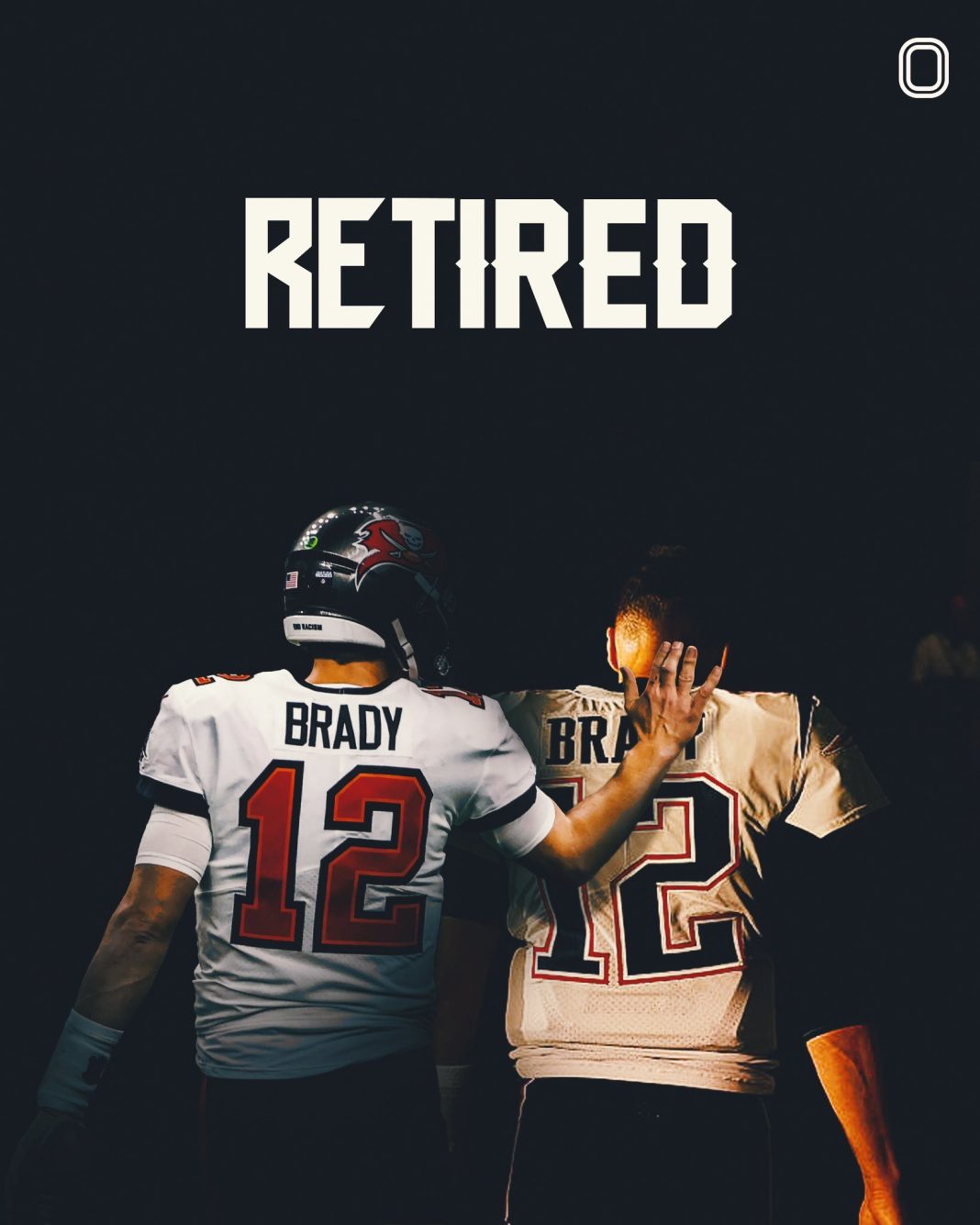 American football quarterback, Tom Brady is retiring from football after 22 seasons in which he won a historic seven Super Bowl titles, it has emerged.

National Football League (NFL), professional American football league, made the announcement on Saturday via its Twitter page as the Tampa Bay Buccaneers quarterback leaves the league with an unprecedented seven Super Bowl rings and a trophy case filled with MVP awards.

The legendary 44-year-old, the most decorated player in the history of the league, comes shortly after suffering defeat in NFL playoffs to Los Angeles Rams.

As soon as the game ended, speculation ran rampant over Brady’s future and whether he’d return to Tampa Bay for another 2022 season.

Speaking after Tampa Bay’s defeat to the Rams, Brady said his family would have a major say when it came to deciding his future.

‘My wife is my biggest supporter,’ Brady said on his ‘Let’s Go!’ podcast.

It pains her to see me get hit out there, and she deserves what she needs from me as a husband and my kids deserve what they need from me as a dad. I’m gonna spend some time with them and give them what they need, because they’ve really been giving me what I need the last six months — to do what I need to do and I said this a few years ago.

Brady previously hinted he could be tempted to play on into his 50s but the quarterback decided to call it a day after a period of reflection in the wake of the loss to Los Angeles Rams.

The undisputed greatest football player of all-time, Brady leaves the sport with more yards passing (84,520) and touchdowns throws (624) than any quarterback in NFL history.

However, beyond those basic stockpiles of stats, Brady’s legacy will be marked by his longevity and big game performances.

When he went over the 5,000-yard plateau for this season, during a game against the Carolina Panthers on January 9, Brady — at 44 — became the oldest quarterback to ever hit that mark.

Brady is the only player to be the Super Bowl MVP five times, and has been named the league’s top regular-season player three times.

He played 20 of his 22 seasons for New England Patriots, elevating that previously mediocre Massachusetts franchise into one of the sport’s most revered dynasties.

Brady won that game’s MVP award and made a mockery of what was billed as a classic battle between an outgoing great and the game’s best young quarterback, Patrick Mahomes, then 25.

He followed up that banner season with another great campaign in 2021-22, passing for 5,316 yards and 43 touchdowns, both league highs.

Brady has been married to Gisele Bündchen since Feb. 26, 2009, and they have two children.

He also has a teenage son with former girlfriend, actor Bridget Moynihan.