Soccer Pundit Backs Tottenham to Finish Fourth Ahead of Arsenal 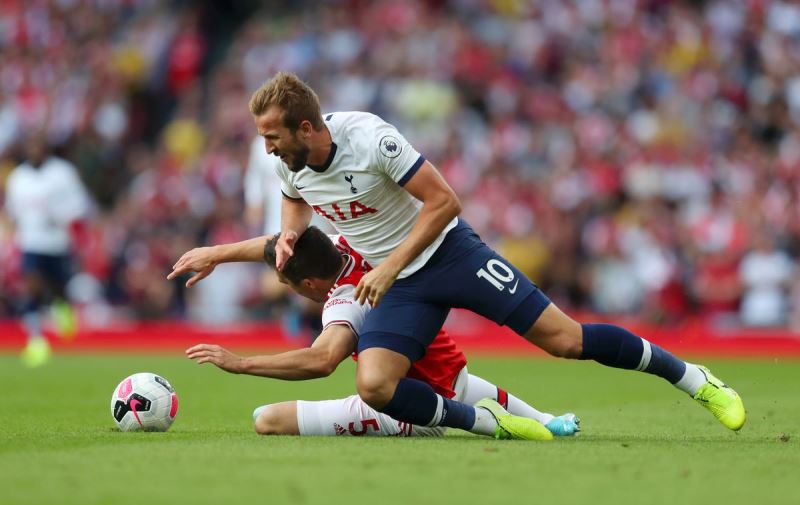 Former Manchester United defender Gary Neville has tipped Tottenham Hotspur to finish fourth on the Premier League table and qualify for the Champions League next season ahead of Arsenal.

Tottenham thrashed the Arsenal 3-0 to move within one point of Gunners with two Premier League games to go.

Antonio Conte’s Tottenham men face Burnley and relegated Norwich, while their arch-rivals travel to Newcastle before hosting Everton on the final day.

And Neville believes the kinder fixture list will allow Spurs to pip the Emirates club.

“Newcastle away on Monday, that’s going to be tough [for Arsenal], especially if Spurs have won on Sunday.

“Everton at home on the last day — if Everton need points, then they’ve got two tough games.

“I think Tottenham will beat Burnley and Arsenal will have to win their last two matches — but I’m not sure they will.

“I might be wrong and I’m neutral between these two clubs — but I do feel now if I had to put money on it, it would be on Tottenham.”

The eight-time Premier League winner was also quick to praise the atmosphere created at the Tottenham Hotspur Stadium.

After Harry Kane’s penalty put Spurs 1-0 up, Rob Holding saw red for a second yellow card and the hosts swarmed all over Mikel Arteta’s side.

Kane’s second made it two before the break and Heung-Min Son added a third less than 90 seconds into the second half.

The fixture was originally scheduled to take place in January, but Arsenal were successful in their request to have the match postponed due to a combination of positive coronavirus cases, injuries and players called up to the Africa Cup of Nations.

Neville believes the context behind the lengthy wait for the game will have contributed to the added tension on the night.

He added: “I always felt like it would be a special game because of what was on it, why it was cancelled earlier in the season and then what’s at stake.